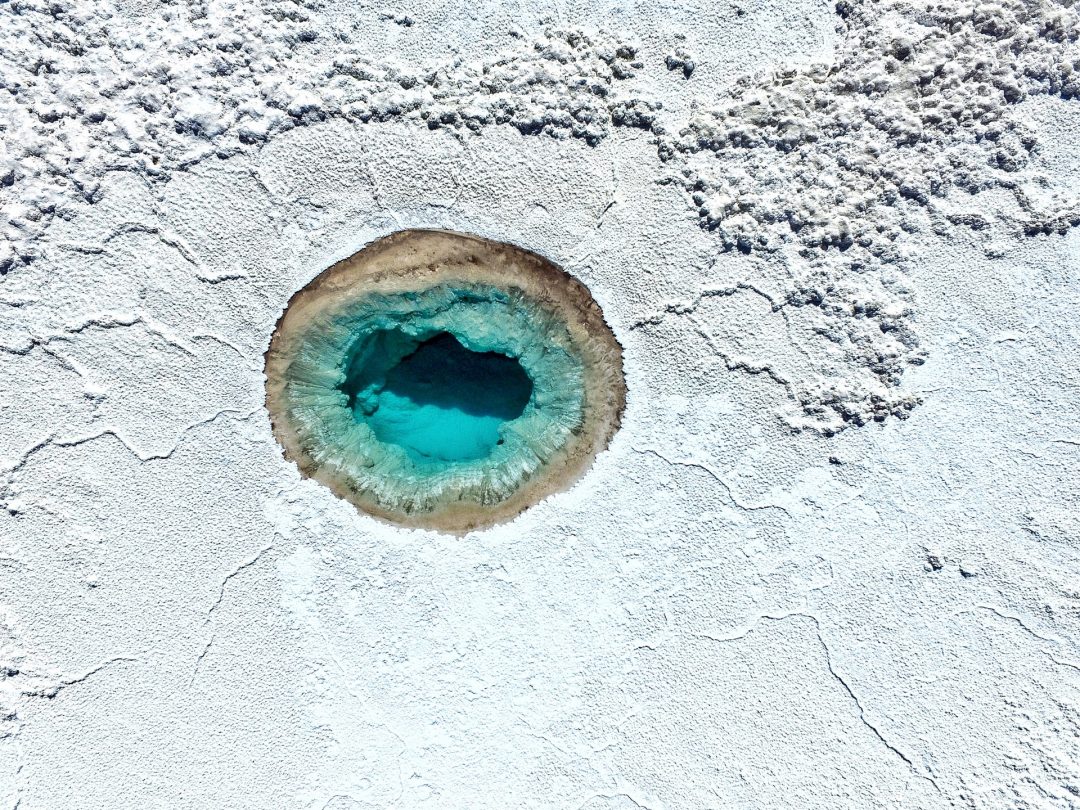 Nowadays Peru, Brazil and Argentina are the most fancied countries to visit in South America. Still, we can ensure you that their neighbour, Chile, deserves the same amount of attention (or even more).

It crosses more than half of Latin America’s western coast, and there’s just so much to do and see for an unforgettable experience.

In the following article, we reveal which are the Top 30 places in the country that would make you feel like being on a different planet.

The legendary gigantic statues on the Easter Island (also called Rapa Nui) – dwelled several hundred miles off the Chilean coast – continue to be a mystery left from the Polynesian people that once inhabited this island. 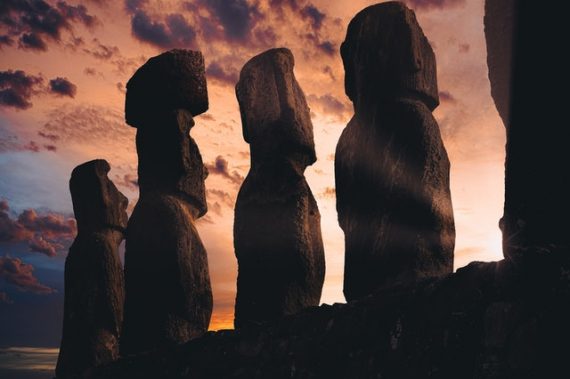 The Atacama Desert, covering an area of about 600 miles, is declared to be the most famous tourist attraction in the Latin country second to only Eastern Island. The oldest desert on Earth will steal your heart with the unearthly landscapes and its rich flora. 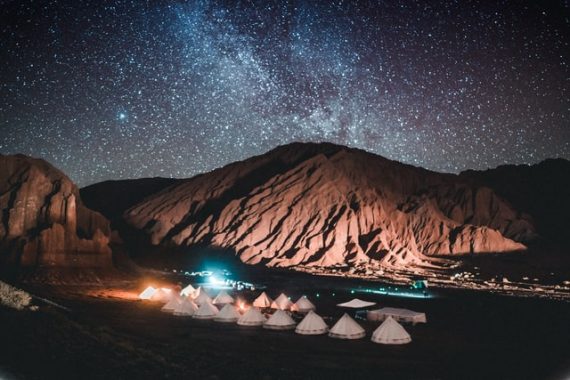 Valparaíso often called “The Jewel of South America” and compared to San Francisco, is not the typical port city – industrial, colourless, and ugly. It dwells on steep hills, has a long and dramatic history, and is well-known for its street art and vibrant culture. A must-see.

Viña del Mar is a picturesque coastal town that locates only a stone’s throw from Valparaíso. However, it is tidier and posh than Valparaíso. Still, the local vibe is kept untouched around Avenida Libertad (the main street) where you’ll find many bistros with Chilean cuisine and small shops.

Only 45 minutes south of Valparaíso, on Isla Negra, you can visit one of the three lovely homes of the Chilean Nobel Prize-winning poet Pablo Neruda. The other two dwell in Santiago and Valparaíso.

The Moon Valley, or Valle de la Luna, is famous for its endless dunes and flamingo populations. The lunar canyon is dwelled in Northern Chile and is one of the most spectacular spots to spend a sunset.

If you visit northern Chile, do not skip El Tatio – home to lots of geysers, hot springs, and mud pools. Only 80 km away from San Pedro de Atacama, it’s an excellent alternative for a one-day trip in the region.

When we list the must-visit places in Chile, there is no chance to skip its capital. Santiago de Chile is buzzing, cosmopolitan, international, colourful, with loads of history and top-class coffee. 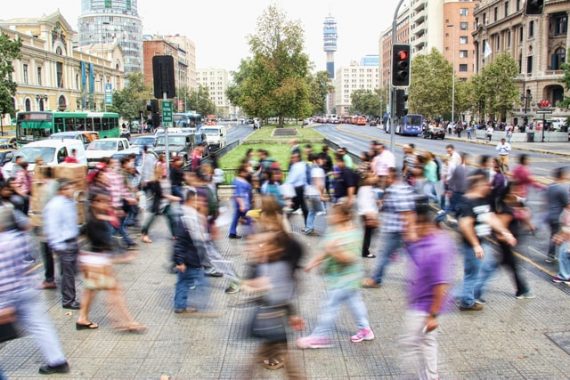 Quidico is a resort town, part of Tirúa region. It is famous with the several lovely beaches stuffed with tourists and the tasty seafood with a local flavour that isn’t offered in other parts of Chile.

The stunning Lauca National Park, situated in the Andean range and part of Lauca Biosphere Reserve, brags with a wide variety of animals and plants.

Positioned in southern Patagonia, the most famous Chilean national park – Torres del Paine – is a true haven for adventure travellers and nature lovers. 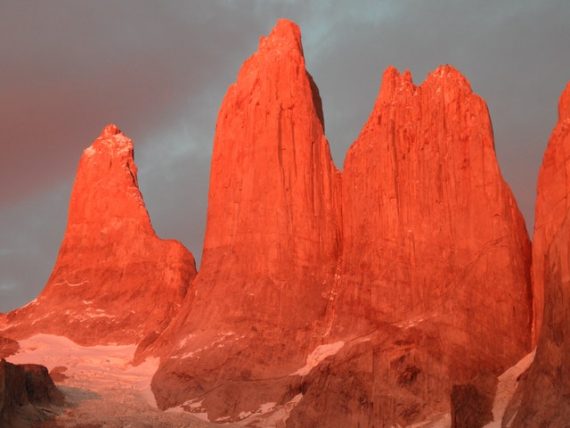 The second-largest island in Chile, Chiloé, lies over the Pacific Ocean and has a unique architecture. All houses are colourful and sustained over the water by wooden pillars.

Even though it is quite small in size, Pucón is the most important Chilean resort. Being snuggled in the Andes foothills, it is a heaven for outdoor lovers who feel tired of big cities.

This large stratovolcano in the Andes, on the Argentina-Chile border, is another must-visit in Chile. At 7000 meters, it wins two prices – for the highest mountain in Chile and the highest volcano on the globe

Huffington Post considered Pehoé (“hidden lake”) – a glacial lake in the national park Torres del Paine – as one of the most beautiful lakes worldwide. 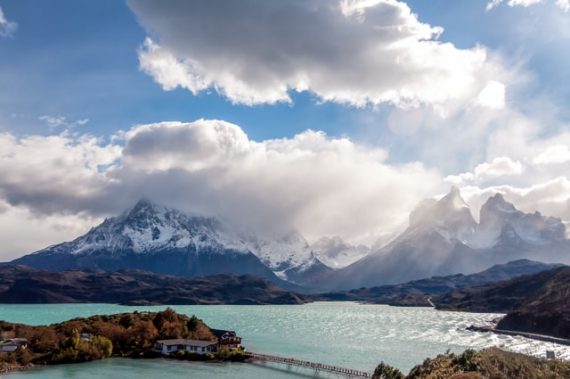 Arica is a picturesque coastal city in northern Chile, situated less than 20 km away from the border with Peru, which offers both golden beaches and cultural attractions.

This city is the capital of the southernmost region in Chile and among the top 3 biggest cities in Patagonia. For the fans of cultural tourism, Punta Arenas has a lot to offer. 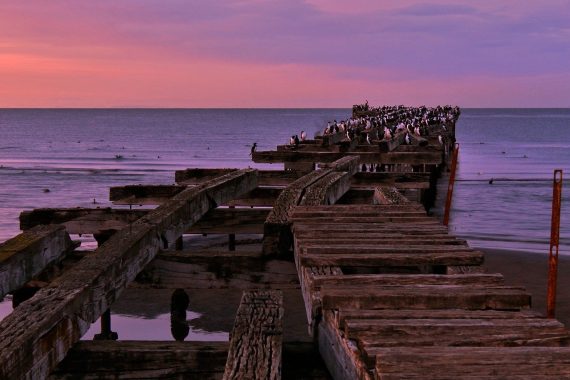 The Chilean Lake District (Zona Sur) looks like the European Alps. We truly recommend this magnificent region for adventure seekers who will have the chance for hiking, skiing (in winter), kayaking, volcano climbing, biking and much more.

Settled in the Los Lagos region of the Andes, the so-called “Yosemite of Chile” is another beautiful area to explore. The several more-than-1000-meter granite walls are a preferred spot for climbers and photographers.

This Chilean national park dwells in the heart of the Lake District. You can easily access it from Puerto Montt and visit its most spectacular spot – Petrohué Falls. 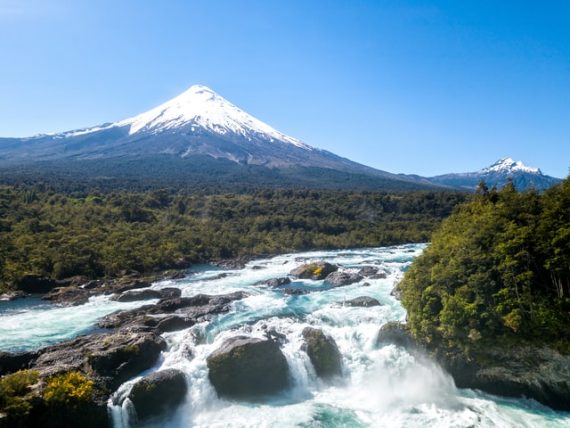 Pumalín Park is one of the most essential and famous conservation territories in the Latin country. Proclaimed a nature sanctuary in 2005, Pumalín is open for visitors who are up for either a hike in nature or other eco-adventure, such as a night at cabin-style accommodations.

There is no chance to skip the Andean Valle Nevado (meaning “Snowy Valley”)- the most famous ski resort not just in Chile, but in the whole South America. Established as a resort in 1988, it offers more than 110 skiable days to the enthusiasts. 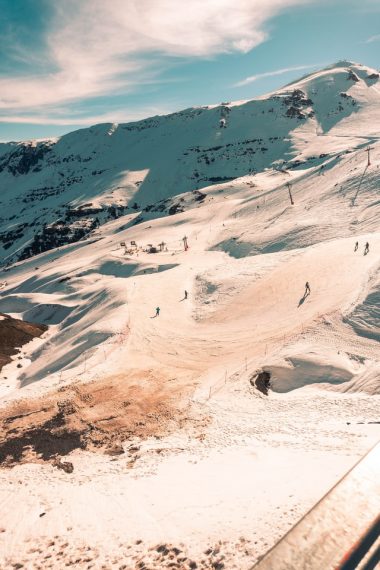 Positioned at the crossroads of two rivers, the town of Valdivia reveals the typical urban face of South Chile – modern, colourful and festive, rainy and green, with an apparent German influence in cuisine and architecture.

Anakena is the white coral sand beach on Easter Island proclaimed as one of the best beaches worldwide by TripAdvisor. But that’s not all – this spot has played an essential role in the history of this Chilean territory. 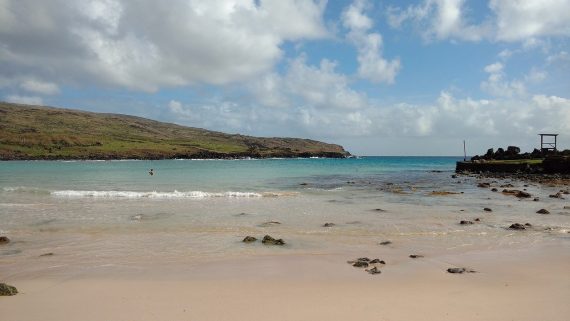 The city of Calama locates in Atacama desert, in the northern part of Chile, is another welcoming and wealthy place that has a lot of urban experiences to offer.

If you include Calama in your itinerary, you should also plan a day hike to the majestic La Poruna volcano, settled at an altitude of over 12 000 feet.

Overlooking at 6 962 m, the Chilean Aconcagua is officially the highest peak in both Americas. If you like walking, there are several hiking trails for all levels. You can start from Santiago and catch a 90-minute bus to Laguna Verde. 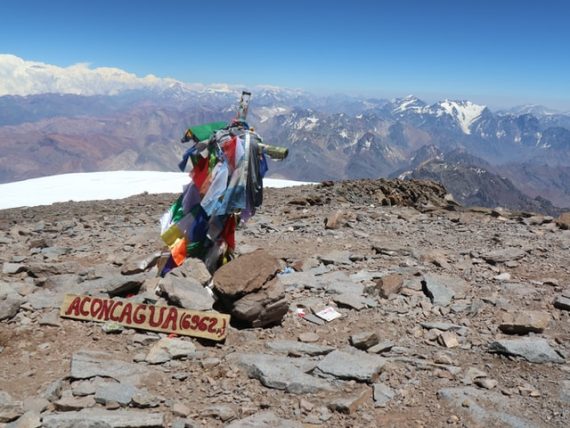 Playas las Docs is a very secluded beach that’s pretty close to the Chilean capital and offers a great escape from the city buzz. People from Valparaíso prefer this spot for sunbathing and wild camping.

Only 20 minutes away from Santiago (by car), Bahá’í Temple is a place of worship for a minor Persian religion, which supports unity and equality.

Besides the religious element, this place attracts visitors with its unique architecture and the lovely panoramic view. 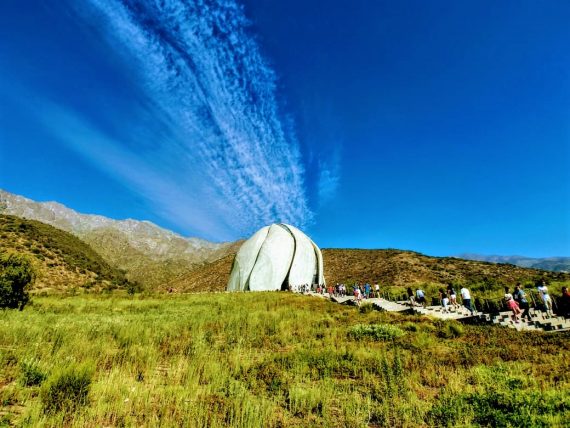 So, which of these 30 places in Chile sounds most suitable for your taste? Let us know in a comment below 🙂