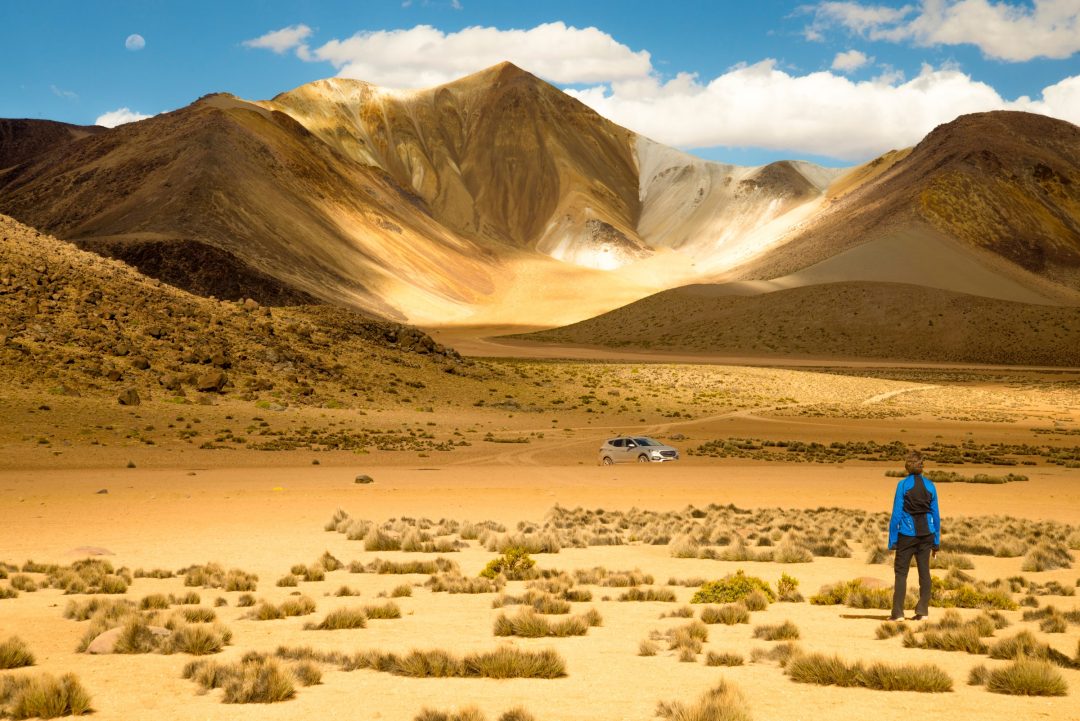 Today we would like to take you to one of the most tranquil landmarks in the Chilean highlands. Now, think of marvellous lakes and volcanoes, vibrant wildlife, a gorgeous and rich variety of flora…sounds inspiring, isn’t it? Well, Lauca National Park (Spanish: Parque Nacional Lauca) is home to all this.

Lauca National Park is positioned just about 12 kilometres (7.5 miles) west of Putre, and 145 kilometres (91 miles) east of Arica, and it’s situated within the Central Andean dry puna ecoregion. It also has an altitude of between 3 200 – 6 342 meters above the sea level.

The park was created in the year 1965 as a forest reserve and gained its present status in 1970 as a national park. The mountainous land covers the surface of 137 883 hectares and it includes the Putre commune, Arica and Parinacota Region.

Further, Lauca National Park is part of Lauca Biosphere Reserve, and it was declared as it is, by UNESCO in 1981. In this reserve, there are two other protected areas – Las Vicuñas National Reserve, which is closest to the park, and Salar de Surire Natural Monument.

What to see in the park?

There are plenty of things to do and explore around Lauca National Park.

Let’s see some of the most popular below.

The wildlife is, without a question, one of the most special resources of this park, due to its richness and variety. Some of the mammals you will find there are vicuñas and guanacos (relatives of the llama), llamas, alpacas, tarucas (species of native deer), cougars (puma concolor), viscachas or vizcachas (rodents of the family Chinchillidae, rabbit look-alike).

There are also over 140 species of birds, which makes Lauca Park one of the favourite spots for birdwatching in Chile, due to its ease of observation. Most common of them are the Andean flamingo (one of the rarest flamingos in the world), Andean goose, large and small parina, puna ibis, giant coot, silvery grebe, and Andean condor.

Poaceae or Gramineae (grasses) is the dominant greenery in the area and is in the main menu of the llamas 🙂 With species such as Festuca orthophylla, Pycnophyllum molle, Adesmia leucopogon, and Parastrephia lucida (used in traditional medicine, for relief of a toothache and bruises/tissue healing).

Pulvinate species like Yareta or llareta (Azorella compacta, flowering bush or a herb plant), can be seen in the higher and rocky fields, like the Pycnophyllum molle and the Festuca orthophyllus.

If you are planning to visit, make sure you haven’t forgotten your camera, as the view is going to be astonishing, and you will don’t want to miss it.

Another amazing glimpse features Cotacotani Lake, also known as Laguna de Cotacotani (Hispanicized version). It lies only 4 kilometres away, northwest of Chungara Lake, and it is most recognizable by its extensive number of islands and islets that spread into it.

The lake fits amongst the Tarapaca Region of Chile, which region is also volcanically active.

Parinacota Volcano is placed on the border of Chile and Bolivia and is the youngest of a pair of volcanoes (together with Pomerape) that form the Nevados de Payachata (meaning “twins”) chain, and its peak reaches the height of 6 336 meters. Parinacota’s eruption, approximately 8000 years ago, leaves the surrounding region with 6 km3 of debris, travelling 22 kilometres, flooding, and blocking drainages. This followed the development of Chungara Lake.

As we mentioned above, Pomerape is the other volcano, part of the Payachata complex and it rises up to 6 282 meters. Even though a bit lower than its “big brother”, Pomerape volcano has higher difficulties when climbing, which makes it a great challenge for experienced mountaineers.

Both volcanoes have picturesque and symmetric cones, perfect to stare at and admire.

You know that if you want to learn and enjoy maximum while exploring, the best way to do it is by walking. But you if you are not very keen on – Don’t worry, because some of the trails, we will introduce you below, could be accessed by vehicles too.

With access for pedestrians: Chungará Trail is an interpretive trail with a length of just 1 kilometre, has five viewpoints, one of which is convenient for people with special needs.

Las Cuevas Trail is 1.5 kilometres long and it’s normally covered for 35 minutes. It has three viewpoints, one of which is also suitable for people with special needs. Its lovely ecosystem is perfect for observing the flora and fauna living around.

Parinacota Trail is located in Parinacota Town and it extends up to 3.8 kilometres with eight lookout points. To reach the end of the trail takes about 65 minutes.

With access to vehicles: El Chaco Trail is a vehicle trail, 4 kilometres long, and goes up to the archaeological site of El Chaco, which was used before by the Incas and Aymaras for hunting vicuñas.

Cotacotani Trail is the only trail in Lauca National Park that can be reached by both pedestrians and vehicles. The best attractions to be seen are the Cotacotani Lagoons with its chirping birdlife.

Also, don’t forget to plan a journey, to the charming towns of Putre and Parinacota, or to try some of the delicious traditional food and dishes in the region.

The North Chilean cuisine is known for its production of different legumes and cereals, due to its sandy desert climate.

Some of the main foods around are quinoa, potatoes, carrots, and tropical fruits like guava, mango, and passion fruit.

How to prepare for your visit?

We would like to take the time to share some helpful tips with you if you ever decide to make a trip to Lauca National Park.

As we all know, going to the mountains is an awe-inspiring and fun experience, but even if we are not planning to spend the night, we must be prepared and well equipped, just in case.

First, and one of the most important is food and water. There are no proper food amenities in the smallest communities within the park, so pack on well some high caloric items like nuts or protein bars. And remember – the higher the altitude, the bigger the risk of dehydration, so do not forget to supply on water and stay hydrated.

Through the day it is better to layer on some easy to remove off or put-on clothes, as along with the hiking your body will heat-up, but it will cool off quickly as well. Hats and sunglasses will be useful too.

For the night it is best to have some woollen sweaters, thermal long sleeve shirts, and light but warm jackets.

During your observation in the area, you have to wear comfortable footwear. The terrain in the park is uneven, rocky, and partially steep, so the best option is a nice pair of hiking boots, with good support and protection around the feet. The last thing anyone would want is a painful blister or a sprained ankle, halfway through their adventure.

Camping gear is another important part of your “smart preps”. When you know that the night is going to be cold and even freezing, a little extra weight in your luggage will be worth it and much appreciated. Make sure to bring a thick sleeping bag and warm cotton pyjamas to sleep in. At night the wind can be quite strong, so some heavy-duty pegs will be much needed, to hold secure your tent to the ground.

And at last but not least, the altitude. If you haven’t been living in high altitude places, you might need to acclimatize to the surrounding area. The more up you go, the less oxygen is there, so better take your time and do not rush. Stay hydrated all the time, and make sure to bring pills or remedies that could help and relieve altitude sickness.

Also as you know, the higher you are, the bigger the chance of getting sunburn or heat exhaustion, which is very unpleasant. Applying sunscreen protection will help a lot, as there is no joke with the UV lights.

How to get to Lauca National Park?

You can book a trip from Santiago to Arica with a bus tour company (duration: between 30 – 34 hours if it’s via Valparaiso), relaxing and enjoying the spectacular views while travelling. You can catch a plane, or if you wish to be more independent you can rent a car (duration: 27 hours from Santiago). If you choose the second option, we recommend you travel with a full tank of petrol, and a spare one wouldn’t be a bad idea, as there are no many petrol stations around. The park can be entered through Arica – La Paz highway (Route CH-11). There are also available walking group tours from Arica to Lauca National Park, which are a great choice to explore and learn new things closely, and even to make new friends among your remarkable journey.

We hope you had fun reading our virtual tour guide, stay safe and see you soon!