Countries around the world follow some unique holiday traditions, influenced by the national heritage and the climate. In Chile, for instance, Christmas is dry and hot as it’s in the middle of summer. There are no snowball fights and full mugs of hot chocolate, but ‘Cola de Mono’ (holiday drink we’ll tell you about later) is always present and Viejito Pascuero (the Chilean version of Santa Claus) who brings gifts to the good kids.

In the following article, we included all Christmas-related terms you will hear in Chile in December.

The dinner also includes watermelon and other seasonal fruits as dessert.

For the beverage fans, “borgona” is a great holiday drink -chilled red wine and strawberry mixture.

Here’s something sugary to know! “Cola de Mono” (or “the monkey’s tail”) is the name of the typical Chilean drink. It’s made of coffee, cinnamon, milk, liquor, and sugar – very similar to the White Russian cocktail.

This is how Chileans call the Christmas Eve. Fun fact: rather than waiting until Christmas morning (25th December) – as people do in the US and Europe, families in Chile crowd around the tree and open their gifts at midnight on “La Noche Buena”.

“Pan de Pascua” is the typical Chilean cake with nuts and dried fruits that you’re most likely to taste if you visit the country during this time of the year. It resembles the Italian Panettone.

Here is an excellent “Pan de Pascua” recipe to try out.

The tiny clay figures used to represent nativity scenes during holiday time are called “pesebre”. Along with the tree, these are a crucial Christmas decoration. 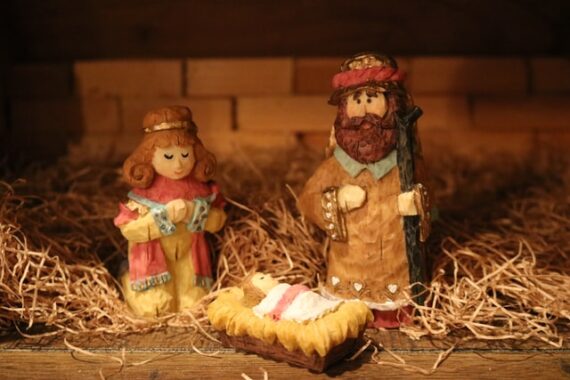 The Christmas carols in Chile are called “villancicos”. Many Catholic families usually sing them during Misa de Gallo (The Christmas Eve Mass).

The team of ilovechile.cl hopes you all have a safe and relaxing holiday season.