The Easter Island, which is also called Rapa Nui by the native Polynesian residents, is a tiny volcanic piece of land. What’s most special is that there are no many places on Earth that own a more mystical charm than this Chilean territory.

In the following article, we have gathered all the information you need to know about Easter Island – the real mind-boggler.

Where is Easter Island located?

Even though this island is officially part of Chile, it is dwelled about 3700 km to the east from the South American country, far in the Southeastern Pacific ocean, which makes it the most remotely inhabited land in the world. The current population of Rapa Nui is a bit more than 8000 residents. 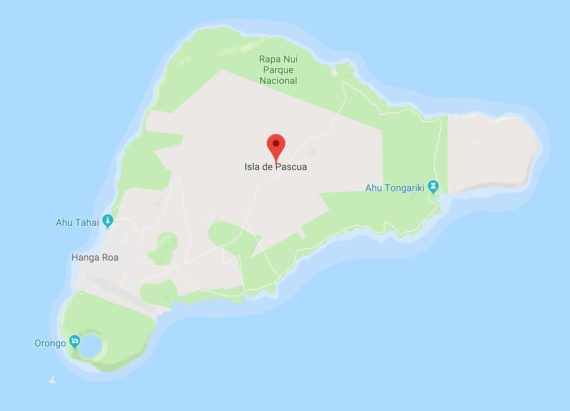 When it is the best time to visit?

Like any other destination you hit, the time is one of the first and most essential aspects to consider when it comes to visiting Rapa Nui.

The summer period between December and March is the high season on the island. In this time, the prices of accommodations and food are harmfully costly, however, the annual, cultural Tapati Rapa Nui festival in February is an event you won’t regret attending.

For those of you who prefer to lay on the beach, I would suggest planning the visit to Easter Island in the months between April and June when the weather is agreeable (16/21°C).

The winter on Easter Island, between June and August (13/20°C), is not ideal for sunbathing on the beach but it is surely a good time for hiking, snorkeling, and horseback riding.

How to get to Easter Island?

This mystical morsel on the Earth seriously becomes a great deal of interest among tourists from every corner of the world.

Nevertheless, there are still not as many options to go there as we all would like.

Up today, LATAM is the only airline operating from and to Rapa Nui. There are daily flights from/to Santiago de Chile and a flight from/to the capital of French Polynesia Papeete (Tahiti) once a week.

The price of a round-trip (standard economy fare) from Santiago can cost between 400 EUR and 850 EUR.

Besides, there are about 6 six cruise ships that pass by Easter Island during the year, mainly in January – March (the summer season).

Are any visa requirements?

Good news, fellow readers, there is no required visa for tourists who are citizens of the US, European Union, Canada, and Australia as Easter Island is part of the Chilean territory.

What kind of transportation can be used on the island?

This is quite important – there is NO public transport on Easter Island, however, rent-a-car, rental minivan, and rental bikes are available (just make sure there won’t be heavy rains if you get a bike).

Oceanic Rapa Nui is a long-time rental company on the island that offers several types of vehicles including Suzuki Grand Vitaras at 90 EUR, Suzuki Grand Nomads at 120 EUR, Yamaha scooters at 40 EUR and Honda quadbikes at 65 EUR (the prices mentioned are for 24 hours). 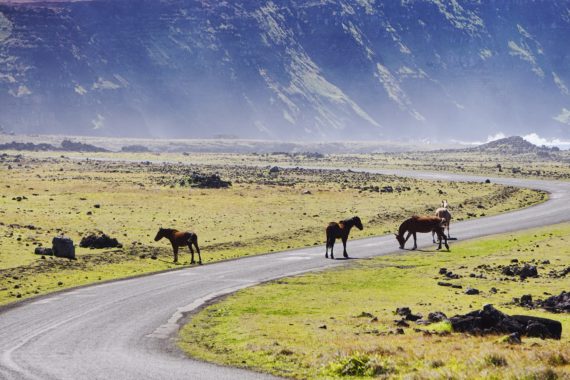 As there are no unbearable distances on Rapa Nui, for the eco-friendly tourists on a budget, the company also rents out mountain bikes for about 10 EUR per 8 hours or 16 EUR per 24 hours.

Do organized trips on Easter Island really worth it?

Perhaps I wouldn’t be able to give you a single, firm answer to this question. It really depends what’s the purpose of your trip to Rapa Nui, what’s your budget, and how keen of visiting historical and cultural sites are you.

There is a bunch of companies on the island that offer organized one-, two- and four-day cultural and archeological tours around Easter Island, and take you to the island’s most remarkable archaeological sites, moai statues, temple ruins, and volcanoes.
There are also private/in group walking tours, scuba & snorkeling, hiking & camping tours.

As a reference, so you do get a clearer idea, the duration of the one-day organized trip is about 8 hours, including Ahu Tongarik, Rano Raraku, Anakena Beach. The individual price starts from 90 EUR and it may vary depends on the group’s size.
The four-day tour, from the other hand, could cost you up to 800 EUR, including accommodation and breakfast for each of the days.

If you like to feel free and arrange your time on the island on your own terms, I’d say that renting a car or a van is not a bad idea at all. Just make sure you do have a detailed map.

What are the Best Easter Island hotels?

When you are coming from the Chilean mainland, you will probably be a bit shaken up due to the accommodation prices on the island.

Note: The wild camping is absolutely forbidden so I’d suggest burying this idea right now if you don’t want to pay a dreadful penalty fee.

Further, most of the hotels are situated in Hanga Roa – the main harbor and capital city of Easter Island.

The accommodations, including hotels and cabañas (cabins), with the highest rating in Booking.com, are:

Most of those hotels are offering breakfast included in the price.

Keep in mind that these figures might get (almost) doubled in February – March.

At the other end of the scale, for the budget travelers, there are also a couple of camping grounds in Hanga Roa and one by Anakena.

Easter Island is popular with its 887 undestroyed monumental stone statues, called moai, carved by the prehistoric habitants of Rapa Nui who lived on this territory in the years 1250 and 1500 CE. 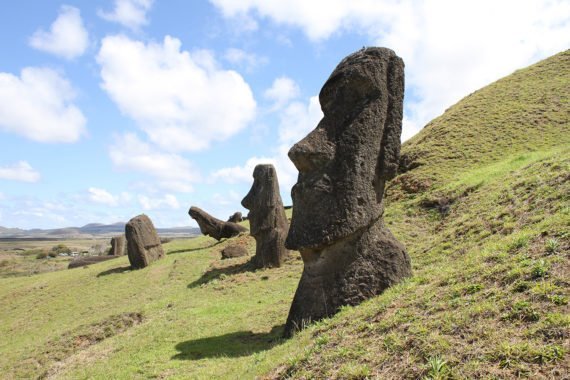 The majority of the archaeologists has agreed over the idea that the statues were a reproduction of the ancient Polynesians’ relatives. The moai statues face away from the Pacific ocean and towards the villages as if to guard over the residents. An exception makes the seven Ahu Akivi which face out to sea to help passengers find the island.

Since 1995, the statues are part of UNESCO World Heritage and surely the main reason for international tourists to visit Rapa Nui.

Furthermore, the volcano of Rano Raraku, also known as the “nursery”, which is located about 20 km from Hanga Roa, is the vein for the tuff (light, porous rock formed by the consolidation of volcanic ash) from which the moai statues were cut.

However, more impressive is the actual size of the mystical stone statues – with an average height of 13.1 feet and average weight being 12.5 tons each. 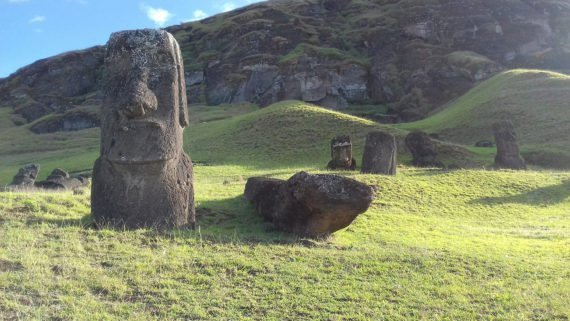 The most popular questions asked by tourists

As Easter Island is still an enigma for most of the world, we’ve decided to frame the answers of the most commonly asked questions by tourists. Read on.

Q: When were the Easter Island sculptures built?

It is believed by archeologists that Easter Island sculptures were carved from volcanic tuff in approximately 1400 – 1650 A.D.

Q: What was the purpose of the statues on Easter Island?

There are many hypotheses that each moai statue most likely portrays an influential past inhabitant of the island. The larger statues are believed to provide their relevant communities with spiritual and political power.

Q: Who built the Moai statues?

There are no exact pieces of evidence on who is responsible for carving the moai statues, however, there are some theories that they were built by the aboriginal Polynesian settlers of Easter Island (the native Rapa Nui people).

Q: Can you drink the water on Easter Island?

Yes, you can as it is completely clean and safe. However, it is recommended for foreigners to drink bottled water in the first days on the island until get used to it as there is high mineral content of drinking water, which might cause stomach distress.

Q: Which are the international airports on Easter Island?

There is just one international airport on Easter Island – Mataveri International Airport, also known as Isla de Pascua Airport, which is placed at Hanga Roa on Rapa Nui.
Fun fact: this is the most remote airport on Earth.

Q: What does moai stand for?

Q: When were the Easter Island statues discovered?

In 1722 by the Deutch explorer Jacob Roggeveen – the first European citizen who has ever stepped on the island. He later reported:
It was on the Easter day so he gave this name of the tiny piece of land. He was also the one who reported in his ship log of (native) people praying to the enormous stone statues:
“The people had, to judge by appearances, no weapons; although, as I remarked, they relied in case of need on their gods or idols which stand erected all along the seashore in great numbers, before which they fall down and invoke them. These idols were all hewn out of stone, and in the form of a man, with long ears, adorned on the head with a crown, yet all made with skill: whereat we wondered not a little. A clear space was reserved round these objects of worship by laying stones to a distance of twenty or thirty paces. I took some of the people to be priests because they paid more reverence to the gods than did the rest, and showed themselves much more devout in their ministrations…”

Q: What currency is used on Easter Island?

The official currency on the island is Chilean peso (CH$) as it is officially part of Chile.

Q: Does anyone live on Easter Island today?

Yes, in fact, there are currently about 8200 people who are permanently living on Rapa Nui.

Q: Was there cannibalism on Easter Island?

Perhaps. In his book “Collapse” (2005), Jared Diamond, the renowned American geographer, historian, and author, shares that the steady population growth on Easter Island caused a rash over-exploitation of resources, driving the native Rapa Nui inhabitants to desperation, and even cannibalism, and Europeans arriving in the 18th century encountered a society well on its way to decline. 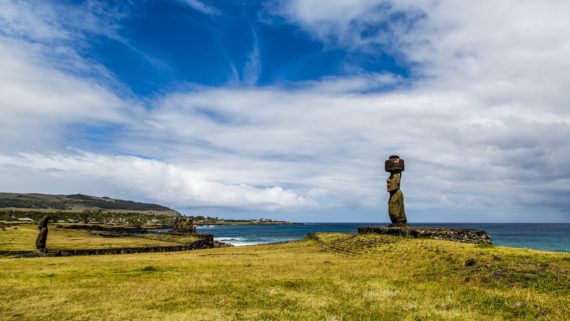 Needless to say, spending some (significant) amount of money to visit Easter Island does really worth it. This isolated, mysterious piece of land is a must-see and offers a lifetime experience.
And, even though Easter Island’s visitors are on the increase, everything remains humble and personable – it’s all about environmental-friendly voyaging.