Atacama Desert Is All About the Unearthly Landscapes 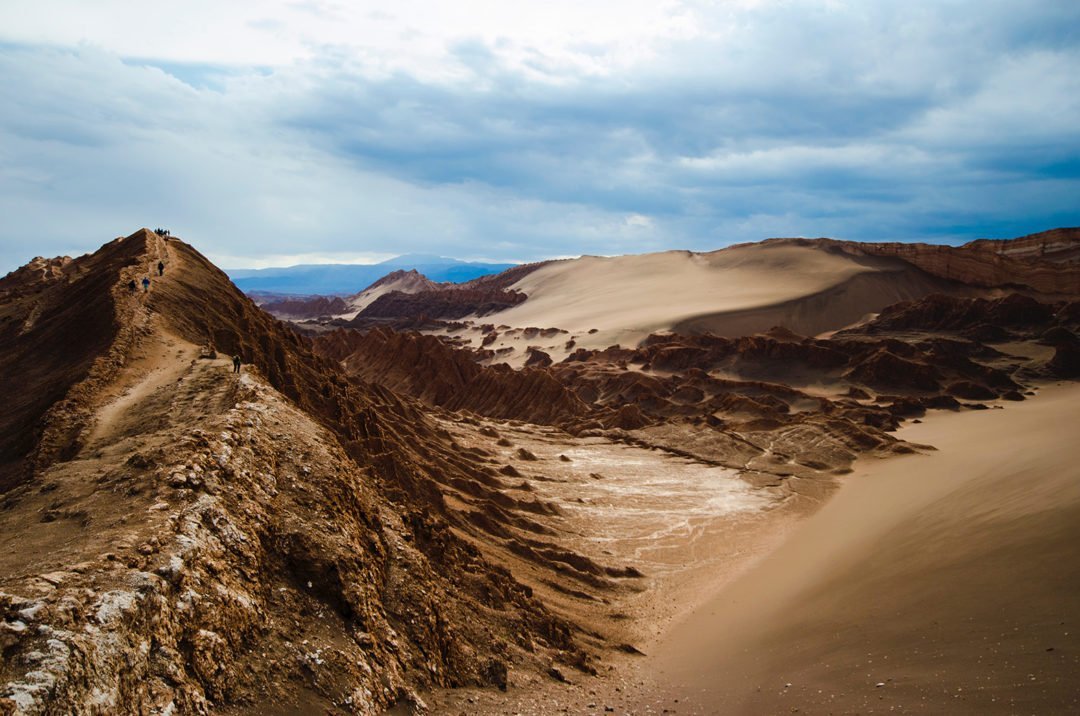 Atacama Desert Is All About the Unearthly Landscapes

There is an endless list of reasons to visit Chile, the heavenly South American country, and Atacama desert (Desierto de Atacama, translated in Spanish) surely goes into this list.

In the following article, I’ve tried to covered everything that is needed to be known for the oldest desert on Earth.

Where does the Atacama desert dwell? 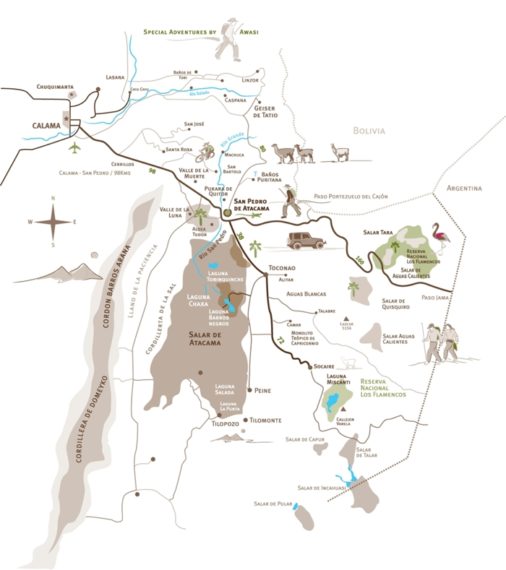 The Atacama, the driest desert on Earth, is located between the coastal Cordillera de la Costa mountain range and the Andean Mountains.
The desert plateau spreads across a roughly 1000-kilometers (or 600 miles) area.

What is the prevailing terrain in the Chilean desert?

Most of its ground is formed of salt lakes (“salares” in Spanish), stones and sand, as well as felsic lava that circulates towards the Andes.

Fun fact: A part of the soil in the Atacama has been considered as the most resembling the terrain on Mars. This is a 100-kilometer area south of the Chilean city of Antofagasta, which stands at 3000 meters in elevation.
For decades due to its likeness, that deserted area has been used for filming Mars scenes. 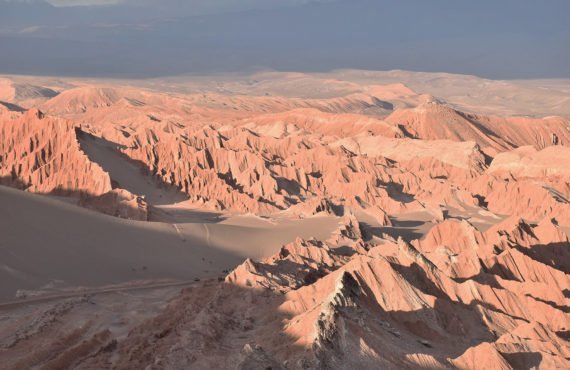 Here is a list of some movies and TV series filmed here:

What is the climate in the Atacama desert?

The climate in the Chilean desert is very dry (about 50 times drier than in Death Valley), with moderate temperatures, and high amplitudes – the daily heats can go up to 41°C (106°F ) whilst dropping to 5°C (41°F) or below during the night.

To sum up, compared to other deserts around the world, the Atacama desert’s weather is quite cool, however, the dryness is what makes the living in the area truly difficult in a way.

Even though the average rainfall is about 15 mm per year, some weather stations in the Atacama desert have never caught rain.

What is the common flora and fauna in the Atacama desert?

As you can imagine, due to the Chilean desert’s extreme aridity, this region of the world does not brag with rich wildlife.

The fauna limits to a few reptile species, such as iguanas, lava lizards, and salt flat lizards, as well as some particularly adapted mammals, such as Darwin’s leaf-eared mouse, South American gray fox and the viscacha (similar to chinchilla). 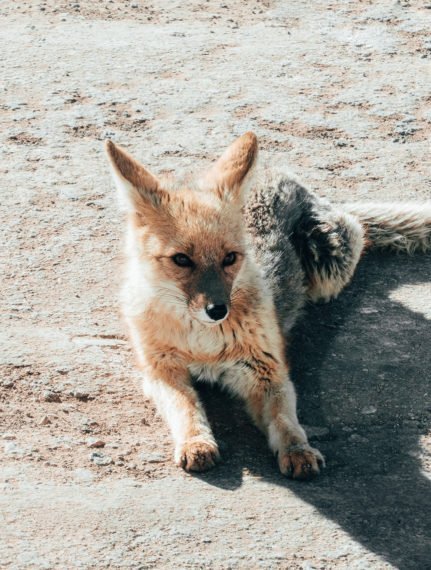 When it comes to birds, this is surely the largest animal group in the Atacama desert, including the hummingbirds, sparrows, the endangered Chilean woodstar, the pink flamingo and the Humboldt penguins that are nesting in the desert cliffs viewing the ocean.

Surprisingly, despite the waterlessness, a splendid variety of plants has evolved in the Chilean desert. It is a home of over 500 flora species, each of them able to adapt and live in extreme conditions.
Most popular species are the herbs and flowers such as thyme, saltgrass, and Yareta.

The llareta, also called Yareta, can be found at altitudes up to 5000 m which makes it one of the highest-growing a flowering plant on Earth.

The population of Atacama 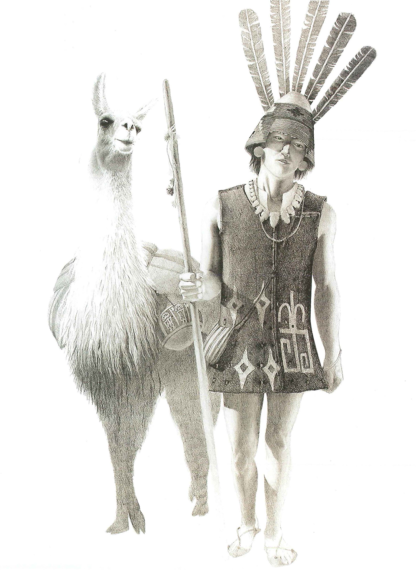 If you start reading about the Atacama desert, you will perhaps find a myth saying there are no people living in this uncanny place. In fact, that is totally untrue.
Back in the late 1800s, the Chilean desert, the driest place on Earth, was originally populated by the Atacameños – a large group of nomadic hunters that hunted vicuña and guanaco – two mammals related to the llama. 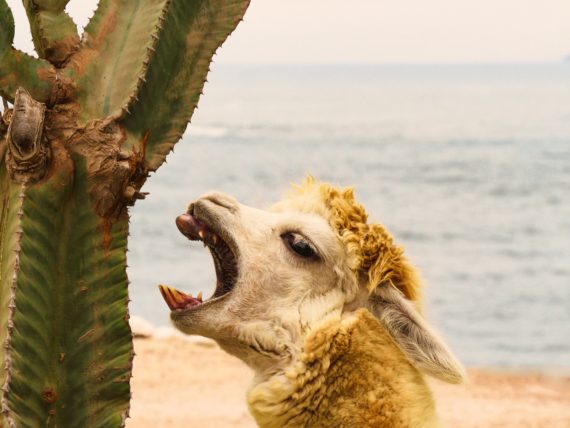 Ultimately, the Atacameño people settled down and started raising animals and growing crops in oases around the latter-day towns of San Pedro de Atacama and Calama.

Now, only about 200 Atacameño people are around today.
In the Archaeological Museum in San Pedro de Atacama, an impressive exhibition of pottery and ceramics of these first inhabitants is on display.

The current population in the Atacama

Today, despite its rough climate conditions, the Chilean desert is a home of more than 1 million people.
The population is concentrated in the cities around the coast, such as Arica, Iquique, and Antofagasta, as well as San Pedro de Atacama.

Besides, along with the many Bolivians who are coming to the Atacama yearly during the summer months, more than 35000 foreign tourists come flowing into this otherworldly spot each year.

The Chilean desert will surely surprise you not just with incredible landscapes but also with a ton of amazing experiences the place will offer to you.
I’ll point out some of them to help you get your daily travel inspiration. 🙂

The Atacama, especially the area around Sao Pedro de Atacama, happens to be the best spot in the world for stargazing which makes it the place to be if you are a Milky way/star photographer.

Encircled by a ring of volcanoes, Las Piedras Rojas (Red Rocks) is an area of red-hued rocks that look like a set of huge natural cobblestones.

You can have a walk on top of this uncanny natural formations while observing the neighboring saline lake and the blinding white of the Salar de Talar. Highly suggested!

Dwelled at an altitude of 4300 meters, just a couple of hours north of Sao Pedro de Atacama, these geysers are certainly offering an impressive visual display.

Along with other bird species, the pink flamingo – one of the Atacama Desert’s most astonishing birds – can be observed at Laguna Chaxa, part of the Los Flamencos National Reserve.

In Latin America, the date June 21st signifies the winter solstice.
In the Aymara native groups of Chile and Bolivia, it also indicates the beginning of a new year and the inauguration of an agricultural round.
Moreover, this is the time to ask Pachamama for a harvest blessing.
As a reference, Pachamama is considered The Mother Earth and the goddess of fertility in the Andeans cultures.

Hiking to the Rainbow Valley

There is no person on the planet who won’t fall in love with the Rainbow Valley (Arcoiris Valley) so a hike to this point is highly recommended.
You can either book an organized tour or rent a car. 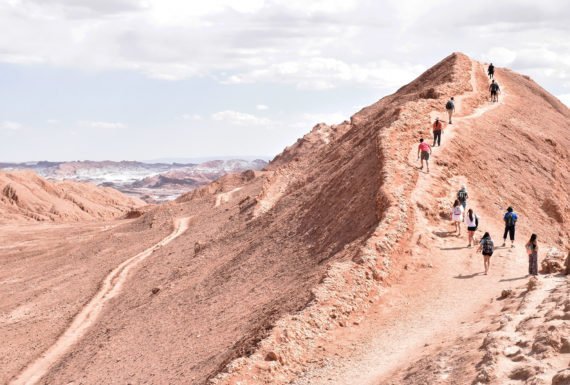 Is there something else you would like to know about the surreal Atacama desert? If so, drop us a question in the comment section below! Cheers! 🙂