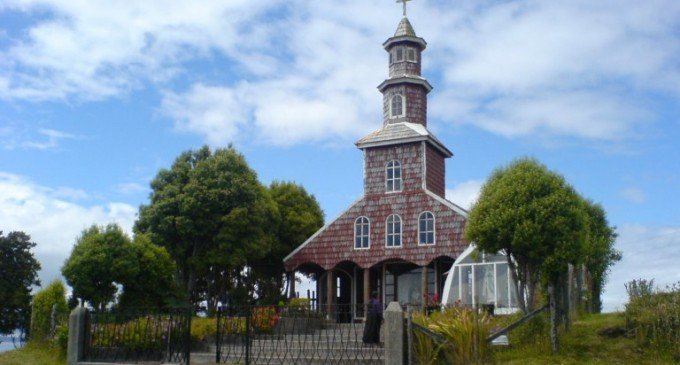 CHILOÉ IS THE MAYOR ISLAND OF THE ARCHIPELAGO OF THE SAME NAME, LOCATED IN LOS LAGOS REGION. IT IS CROSSED FROM NORTH TO SOUTH BY A MOUNTAIN RANGE CALLED PIUCHÉN, IN THE NORTH, AND PIRULIL, IN THE SOUTH.

Chiloé Island — What is really remarkable about this insular territory is its cultural richness that has been spread by their people all over Chile. This article is an invitation to explore the wonders of Chiloé and its culture. In this island, you will be able to admire gorgeous landscapes, enjoy delicious seafood, and learn from its rich culture full of myths and legends.

So, let’s start our tour getting to know the distinctive food from the island: Curanto.

This preparation has spread to most of the southern areas of the country and it’s usually cooked in a hole of about a meter deep. The bottom of the hole, dug in the ground, is covered with stones heated in a bonfire until red. The ingredients are all endemic of the island: clams, ribbed mussels, and picorocos (big barnacles), also the meat is very important, commonly pork and sausages. Other important ingredients are Milcao (a kind of potato dumpling) and Chapalele (a different type of dumpling) that are cooked together with all the seafood. Finally, the Curanto is covered with nalca leaves (a type of plant of the island) as a giant pressure cooker.

The second marvelous thing about this place is the landscape. There is a typical construction called “palafitos,” which are houses sustained over the water by wooden pillars. You can admire them almost everywhere in the island near the coast, and because this is a humid region, the vegetation is very diverse and leafy, so you can organize treks to enjoy the view of the sea and the woods. 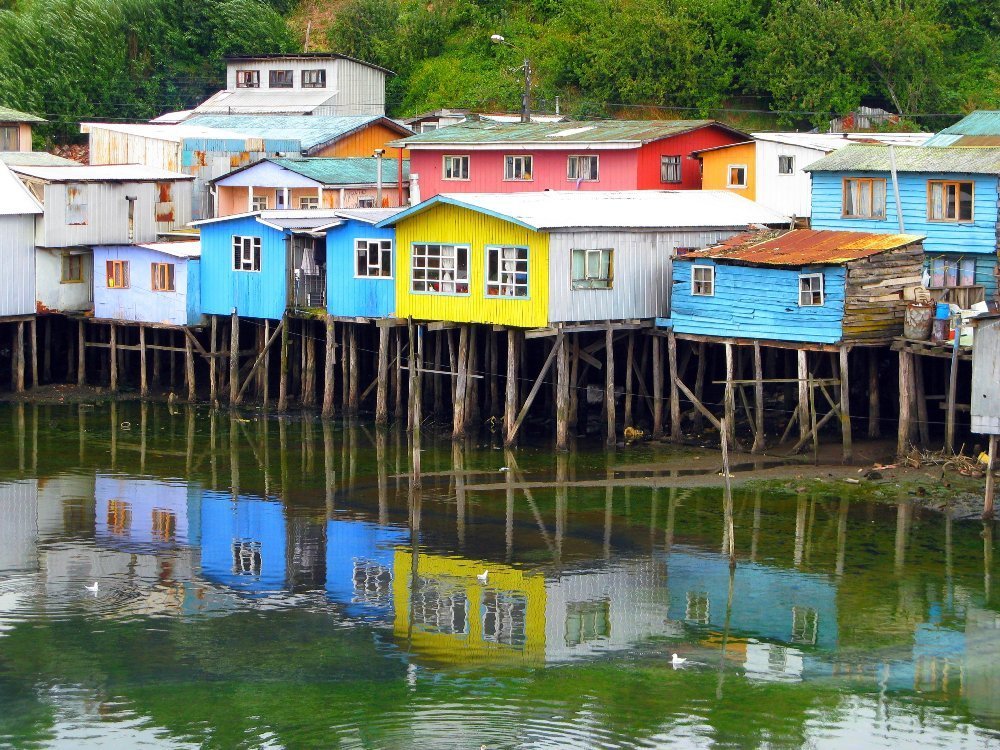 Last but not least, the rich mythology of the island makes it a unique place in every way possible. This remarkable characteristic may be due to the isolation of the place, which clearly impacts the socio-cultural view of the inhabitants. Here are some of the most famous myths:

Pincoya: Mythical creature who lives in the sea and hides from mortal eyes in a cave called “el escondite.” She looks like a young beautiful woman with long blond hair, but without the tail of a fish. The legend says that it appears from the sea and dances with the weaves to increase the amount of fish caught.

Trauco: Trauco is an entity similar to a very ugly man, like a very short ogre. It walks around the woods of Chiloé carrying a twisted walking stick called Pahueldún. Also, he carries around a small axe, which is capable to cut any tree of the zone. This monster rapes young girls and kills every men he sees during his walks

Caleuche: This phantom ship sails the waters of Chiloé at night. Some people believed that its last port is “Cesar’s city” located in some point on the Andes Mountain, place where can live forever. Sailors say that, when you are at the sea, you have to be respectful to avoid Caleuche’s fury.

This has been a very brief summary of the marvelous things that you will find in this beautiful island. Travel to Chiloé, you won’t regret it.