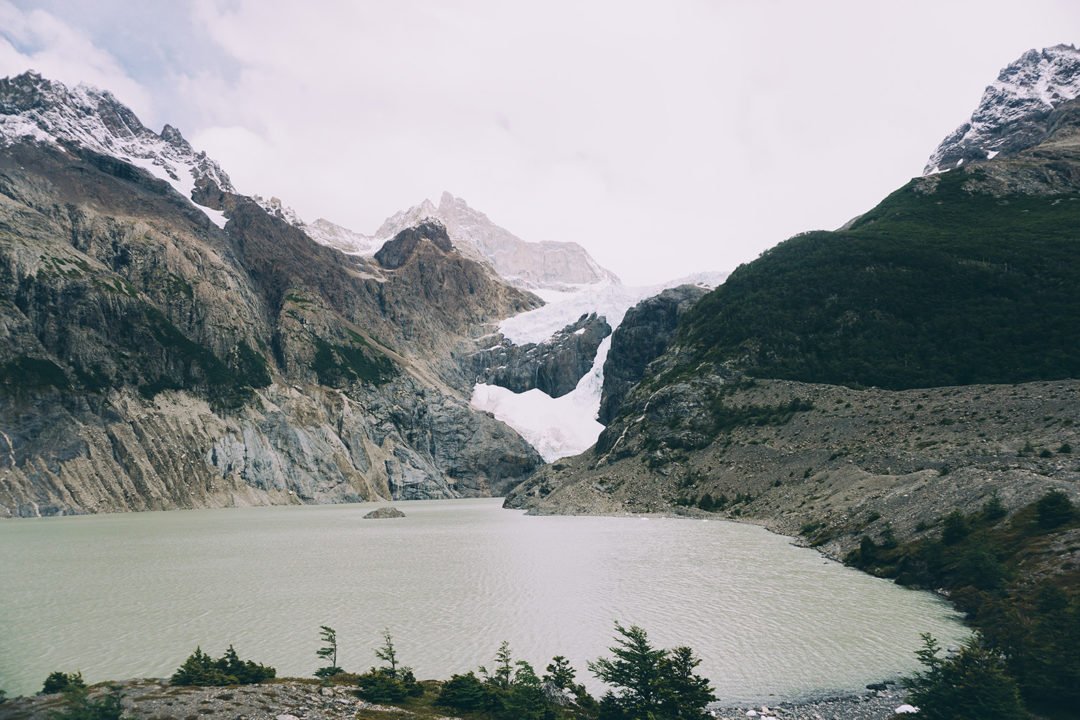 Have you ever heard about Torres del Paine National Park, the Chilean gem that is surrounding sheer mountains, thick glaciers, crystal lakes, and impetuous rivers in southern Chilean Patagonia?
If you are planning to visit Chile and prefer to be in the wilderness rather than touring museums, Torres del Paine (meaning “Towers of Paine”) is certainly the place to be.

In the following article, we’ve covered everything you need to know about this masterpiece of Mother Nature, chosen as the 5th most beautiful place in the world by National Geographic.

Where is Torres del Paine located?

Dwelled in the southern part of the Chilean Patagonia, Torres del Paine National Park actually prevails a transition zone between the Patagonian Steppes and the Magellanic subpolar forests.

The nearest city is Puerto Natales, situated 110 km (about 70 miles) north of the Chilean national park. 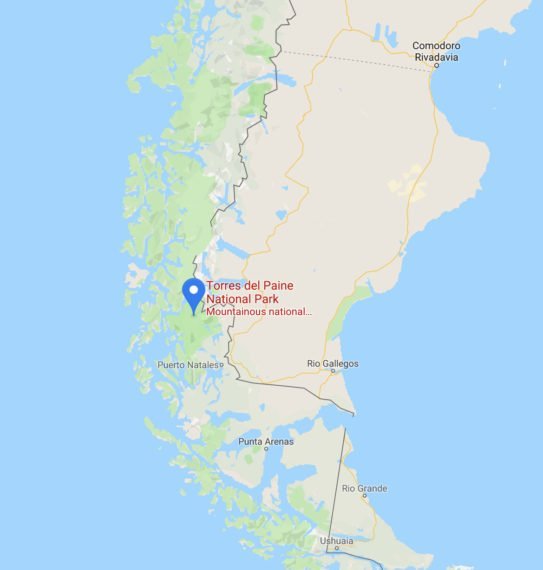 Besides, since 1978, its area of 1815 sq.km has been part of UNESCO’s Biosphere Reserve system as well as of the National System of Protected Forested Areas of Chile (Sistema Nacional de Áreas Silvestres Protegidas del Estado de Chile).

When is the best time to visit Torres del Paine?

The climate is one of the most important aspects to consider when planning to visit Patagonia.
The summer months in the area are quite cool (the temperatures usually go up to 15°C and not more). The warmest months of the year are January and February.
Further, the winter in the region is quite cold – with average temperatures between 0 and 5°C.

To sum it up, you can visit Torres del Paine all year round, however, the majority of services don’t operate during the low season. Nevertheless, that can be a great opportunity for those of you who are desperately looking for some peace and quiet.

Lastly, we recommend hitting the park in the period between the end of October and the end of April as there are significantly more sunlight and less rainy days. 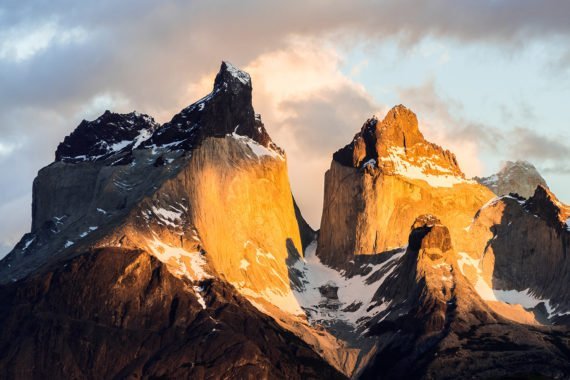 The most tricky part about visiting Torres del Paine National Park is the fact you can actually experience FOUR SEASONS in a SINGLE day.
Believe it or not, it can get crazy so it’s essential to make the right selection of clothes, even if you are traveling with a single backpack.

To help you pack faster and more efficient, we have prepared a list of the clothes that are usually needed in the Chilean Patagonia: 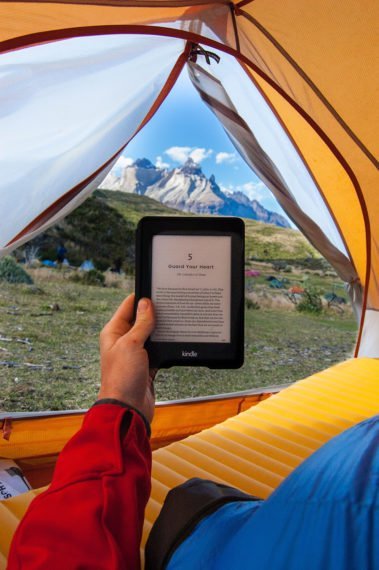 Is there an entrance fee to visit Torres del Paine?

Positive. In fact, no matter what is the duration of your stay, you are obliged to pay an entrance fee that changes according to the season you are visiting the Chilean national park.

Moreover, keep in mind that during the high season, which starts on the 1st October and ends on the 30th of April, 3 types of currencies are accepted – Chilean pesos, Euros, and Dollars.
However, during the low season (from the 1st May until the 30th of September) you can make a payment only with the national currency – Chilean pesos.

Here are the current prices to visit Torres del Paine:

Note: There are no currency exchange bureaus and ATMs in Torres del Paine Park, so it is highly recommended to convert some money in Puerto Natales. Business hours: 13 a.m to 15 p.m. Shops usually close during lunch time.

What is the worst role of mass tourism in Torres del Paine?

In 2017, the Chilean national park was visited by more than 250 000 international tourists which is excellent for the national economy of the Latin country, but not that great for the pristine nature.

Have you heard about the several fires, frequent phenomena in the area of Torres del Paine, caused by tourists?

Back in 1985, for instance, a tourist started a fire that burned about 150 sq.km of the park. The flames hit the areas east and south around Lake Pehoé.

Exactly 20 years later, in 2005, an accidental fire started by a backpacker from the Czech Republic, which continued for about 10 days and damaged 155 sq.km.
Due to the sad accident, the Czech government gave aid after the fire and donated US$ 1 million to reforestation attempts. 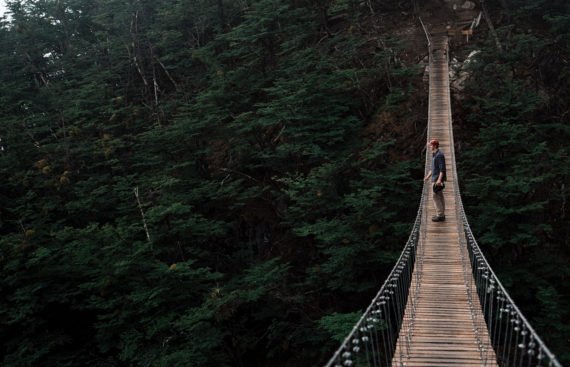 At the end of December 2011 until January 2012, another backpacker from Israel was found guilty to have caused a fire, which burned about 176 sq.km. of the reserve, when lighting up some paper roll in a prohibited area of Torres del Paine. Moreover, he was caught by a park ranger.
After the accident, following the example of the Czech, the Israeli government sent reforestation experts to the zone and has pledged to donate trees to replant the affected areas of the park.

What are the best activities in Torres del Paine National Park?

The outdoor fanatics will certainly feel like ‘kids in a candy store’ trying to figure out which activities in Torres del Paine to do.

Worry not. We are here to help you with a bunch of cool ideas. 🙂

This activity is very suitable for photographers and enthusiasts with cameras who are not much into hiking.
Glacier Grey is considered as the most easily accessible glacier in Torres del Paine. This is mainly because it’s the only one that can be seen from a boat. 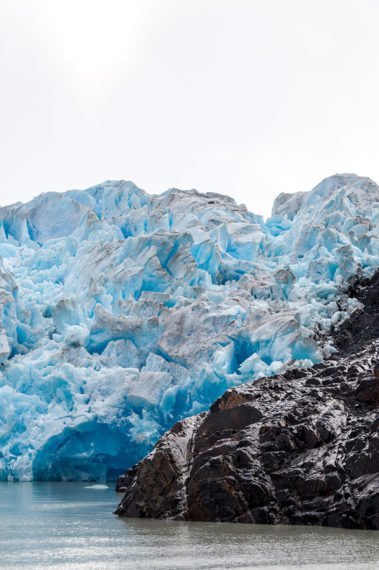 The boat tour’s duration is about 2.5 hours, and, trust us, seeing the massive glacier up close is well worth the trip.

Go hiking in the French Valley

The French Valley is rated as one of the most magnificent walks in the world. A truly must-do for the experienced trekkers.
With drooping glaciers above the trail, it goes between the Paine Grande and the dramatic Torres del Paine and Los Cuernos mountains.

You can either hike deep and high into the valley or soak in the scenery before hiking forward to Paine Grande Lodge to enjoy a pisco sour (the famous cocktail in Latin America) while watching the heart-stopping sunset over Paine Grande.

Do the W-shaped hike

This walk is the most famous one in the Chilean park and literally has become synonymous with Torres del Paine.
The W-shaped hike covers a distance of around 80 km (50 miles) and it is something you shouldn’t miss while being in Torres del Paine. 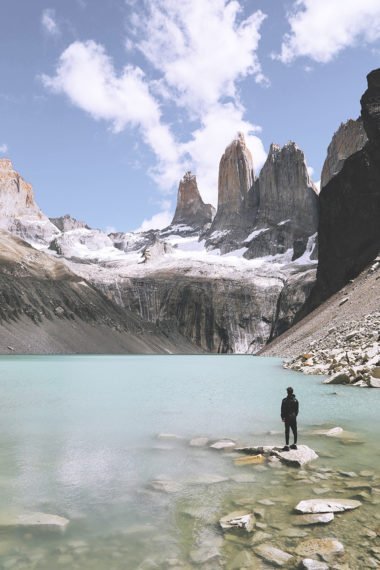 The stunning waterfall, called Salto Grande, sprawls on the Paine River and is dwelled nearby the famous Cuernos (means “Horns” in English) of Torres del Paine.

The view and the magnificent watercolors will leave you speechless, however, bear in mind the strong winds in the area – a feature that makes this place even more unique.

Are organized tours in Torres del Paine worth the money?

Absolutely! We would recommend booking an organized trip in Torres del Paine, especially if you don’t have any previous experience hiking, camping, kayaking and being in the wild, in general.
The organized trips in the Chilean park starting have a duration from just 4 days to 210 days (the longest trip).
Besides, November is the most popular month when the majority of the tour companies are offering a great variety of tours and some discounts. 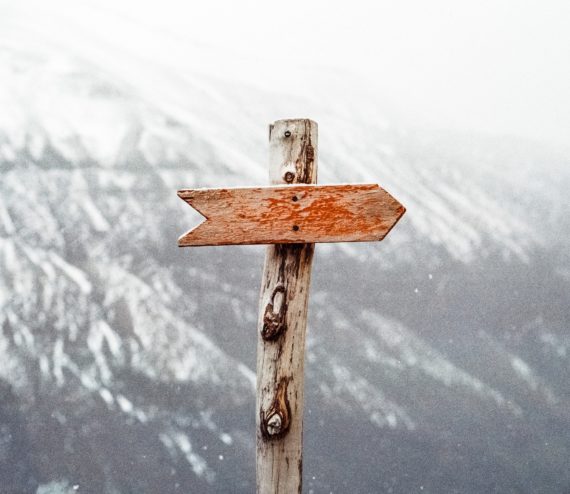 Is there anything else you would like to know about Torres del Paine National Park? If so – we are here to help you out! Just drop us a comment with your question(s) in the section below. Cheers! x