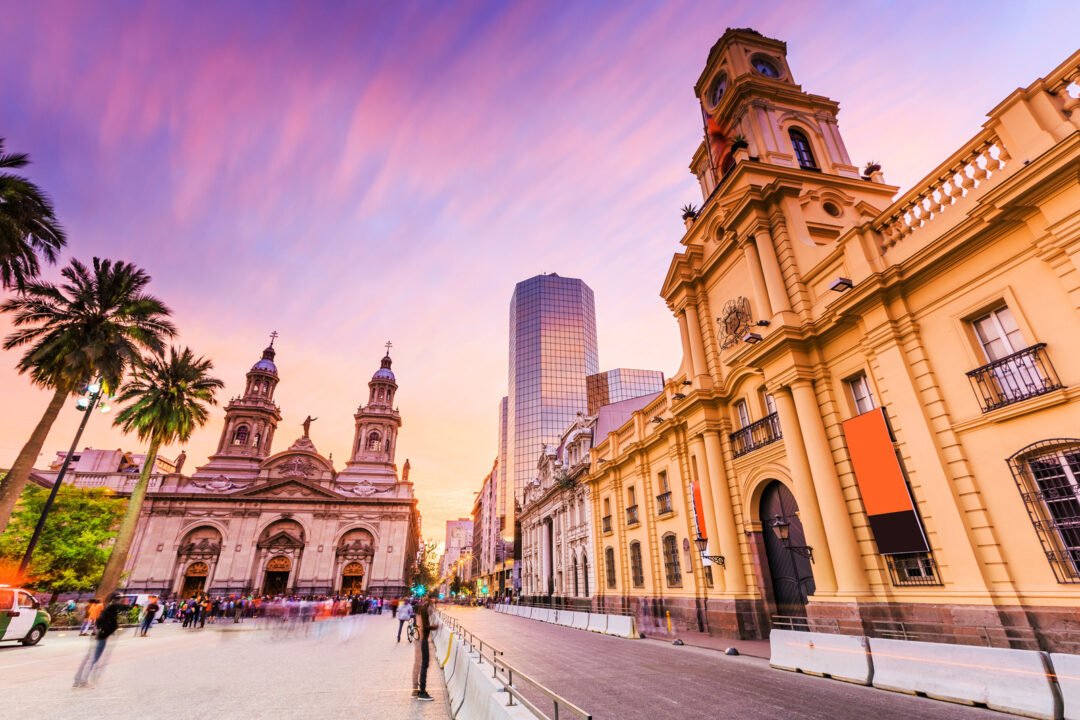 In the following article, we’ll tell you more curious details about Plaza de Armas – the symbolic square in the Chilean capital. It was founded alongside Santiago itself in 1541 and since then, Plaza de Armas is one of the liveliest spots of the city.

Eager to know more? Then read on.

Where does the expression “Plaza de Armas” come from?

To start with, it’s vital to mention that Plaza de Armas literally means “weapons square“, but it’s better to be translated as “parade square”. This is the name given to all principal squares in the Latin cities built by the Spanish conquistadores. It arose from the fact that this would be the shelter in case of an attack upon these cities, from which arms would be provided to the defenders.

Additionally, all the Plaza de Armas are designed in a conventional military way, enclosed by governmental buildings, churches or cathedrals, post offices, and museums.

What’s so great about Plaza de Armas of Santiago?

Let’s get back to the point and focus on the main square of the Chilean capital which is, in fact, surrounded by some of the most spectacular facades in the city.

These are the beautiful Metropolitan Cathedral of Santiago of a Baroque style (with loads of ornaments and frescos), and the Central Post Office building which is designated a National Monument of Chile in 1976. 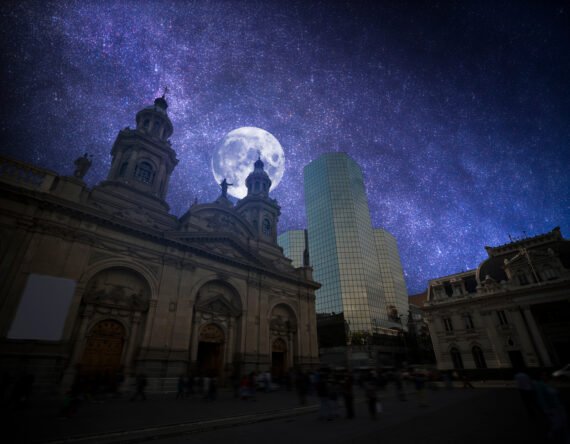 Another distinguished sight at the Plaza de Armas is The Royal Palace (Palacio de la Real Audiencia de Santiago). The building initially was the home for the Royal Courts of Justice, but, since 1982, it shelters the National History Museum of Chile (Museo Nacional de Historia Natural) – one of three national museums in the Latin country. Fascinated by the rich collection of artifacts, we would recommend to include it in your itinerary.

The entrance fee for the National History Museum of Chile is CLP 600 and the museum is open all week from 10 a.m. until 5:30 p.m., except Monday.

What else could be seen apart from well-preserved historical buildings?

In case you are tired of staring at majestic architectural centerpieces or listening to guides in the museums at Plaza de Armas, we suggest going visit one of the indoor malls with an entrance at the square.
These malls are bragging with a rich array of artisanal as well as practical and traditional Chilean products, and walking through their twisting corridors is itself a cultural experience. A bunch of cool coffee shops can be found there as well. 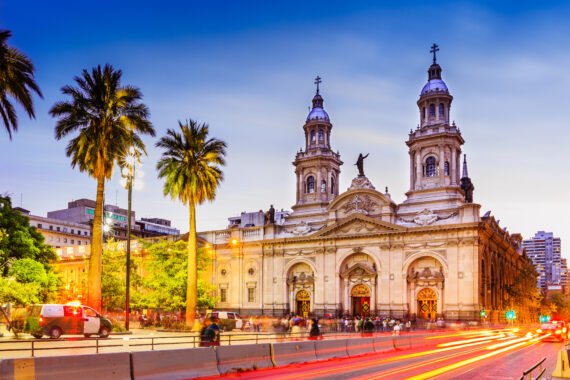 Besides, if you plan to stay in Santiago during the weekend, keep in mind that Plaza de Armas tends to attract local painters, street performers, activists, enough for a day’s fun.

If you get hungry while walking around the chief square of Santiago, we would tell you to skip the over-priced restaurants in the area and head 4 blocks north of Plaza de Armas to Mercado Central – a lovely historic, 19th-century building that’s home to Santiago’s fish market.

Along with the small seafood vendors beneath the impressive wrought iron roof, there is a bunch of small, reasonable restaurants offering authentic Chilean seafood meals. Basically, this is where the locals eat, well-hidden from the tourist crowds. 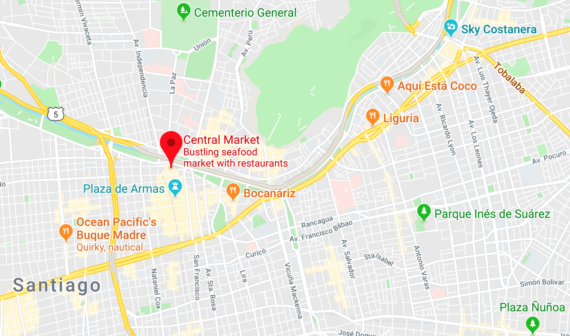 Friendly reminder: Dear readers, we don’t mean to scare you but when visiting the busiest, most touristic places around Santiago, make sure to keep your personal belongings safe as the pocket-picking is (unfortunately) a common practice in the city. ?

Also, learn what are THE MOST POPULAR TRAVEL SCAMS IN CHILE YOU SHOULD BE AWARE OF