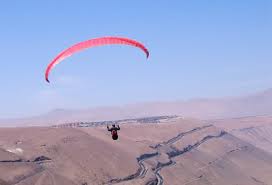 The Amazing Race is a US reality TV show where teams of two people race around the world, the latest season kicked off in Iquique in the north of Chile.

IQUIQUE — The Amazing Race is CBS’s award-winning reality television game show which revolves around competing teams of two people with some kind of personal relationship, who have to race around the world until they get slowly disqualified. This year, The Amazing Race kicks off in none other than Iquique. In this competition, contestants travel through the world in a variety of different vehicles, from hot air balloons and helicopters to trains and boats.

The race itself consists of different legs which the contestants have to reach on time in order to win prizes. Clues are provided throughout each leg, and coming late or even last can lead to disqualification or at least a penalty, which can be a disadvantage for the next part of the race. In addition, different tasks have to be performed, usually related to the culture or the country wherein it is located. Teams are slowly eliminated until the final team winds the grand prize.

This year, the 23rd season of The Amazing Race has started out with the first pit stop in Iquique in northern Chile. In order to get there, they had to take a plane from LAX to Santiago, then continue onwards to Iquique. There were not enough spaces for everyone on the first flight, so some teams ended up with a 2 to 3-hour delay. Once in Iquique, one member of each team had to paraglide off a cliff and over the picturesque Pacific coast, then rendezvous at the beach. Next, they had to collect fish at the Prat Pier by rowboat, and the final meeting point was Teatro Municipal, where 1 of the 11 teams was disqualified.

Phil Keoghan, adventurer and host of The Amazing Race, listed Iquique as his 7th favorite destination in the world on Buzzfeed. The show visited Chile in the 16th season, visiting Valparaíso and the area around Puerto Varas before crossing 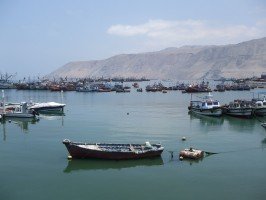