IN AN ARTICLE OUTLINING SOME OF THE BEST STUDENT CITIES IN THE WORLD, BBC TRAVEL SELECTED THE RAMBLING CHILEAN CITY OF VALPARAÍSO. THE PORT CITY STOOD ALONGSIDE CITIES SUCH AS CAMBRIDGE.

VALPARAÍSO — Aside from giving a description of each city, the BBC Travel article also noted a must-read publication for each student hub, with I Love Chile being selected for Valparaíso.

The BBC described Valpo as “home to four of Chile’s major universities, which are attended by undergrads from all over the country as well as international students from across the globe.” The same article went on to note that I Love Chile can be looked toward for ”local and nationwide English-language news, entertainment and features.” 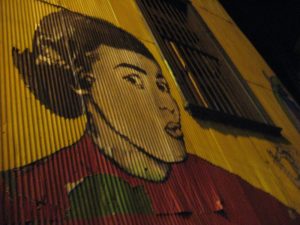 Other cities to feature in the piece were Cambridge, Madison (Wisconsin, USA), Uppsala (Sweden) and Kingston (Ontario, Canada). Each town was noted for the eclectic mix that the students alongside the regular residents of the city created.

Valparaíso - The Cultural Centre of Chile