The Heart of the Andes 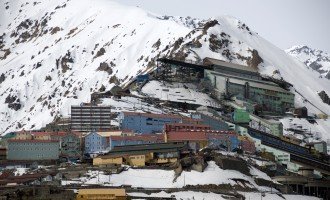 The Heart of the Andes

DID YOU KNOW THAT CHILE IS THE LARGEST COPPER PRODUCER AND THE COUNTRY WITH THE BIGGEST RESERVES IN THE WORLD? ALSO THAT THE LIBERTADOR BERNARDO O’HIGGINS REGION IS HOME TO THE WORLD’S BIGGEST UNDERGROUND COPPER MINE CALLED “TENIENTE?” BUT TODAY I’M NOT GOING TO TELL YOU ABOUT MINING BUT INSTEAD I WILL TELL YOU ABOUT A BEAUTIFUL PLACE THAT IS RELATED TO MINING AND THE VI REGION CALLED “SEWELL.”

CHILE.- Sewell is a former mining town that was the main camp of El Teniente, known as the city of stairways. Some people say that it is like a city floating in the sky, because as it is on the Andes Mountain the clouds make it seem like it is floating. Located 150 km south of Santiago, El Teniente was established by the Braden Copper Company, between 1905 and 1906. Sewell was the home over 15 thousand inhabitants.

Sewell is a colorful and exquisite city. Its location, its architecture, and its landmarks are very unique and engaging. In 1998 Sewell was declared a National Monument as a “Typical and Picturesque Zone in the Sixth Region” by Heritage of Humanity. For these reasons the city has maintained itself in a good state. The camp has a museum called “National Museum of Large-Scale Copper Mining”, where iyou can learn all about its history. You can also go and visit some important buildings like their bowling alley, the hospital, and walk trough the houses that used to be the homes of thousands people.