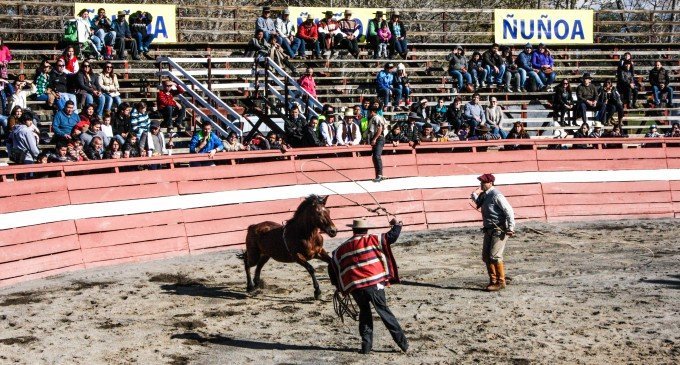 LAST SATURDAY AFTERNOON I DECIDED TO GO TO THE ESTADIO NACIONAL TO DISCOVER ANOTHER PLACE TO CELEBRATE FIESTAS PATRIAS, WHICH IS CONSIDERED LIKE A TRADITIONAL AND FESTIVE PLACE WITH ARTS AND CRAFTS, MAPUCHE STANDS, TYPICAL GAMES FOR CHILDREN AND ADULTS, FAMILY ENVIRONMENT .

I walked like a Saturday adventuress but it is still a form of adventure to discover a big and unknown place as the Estadio Nacional on my own.

I have to admit that I was surprised to pay to enter a stadium without a football match, but I thought, well it can be my first time for that too. I was discovering all different stands when I was lit up by a stand of the Society for the Prevention of Cruelty to Animals, here it was to adopt a dog !!!! You have to know that I love animals, especially dogs and maybe it’s naive but I think they fell for it.

Anyway let’s concentrate about the goal of this association : adopt a puppy. A crowd was gathered around cages with five dogs but I was surprised by their coat under 23 degrees. In the center of the stand were twenty puppies. I was so jealous of the groomer who received so much love (or slobber…). A vestige of lucidity brings me to my senses: I can’t adopt a dog because I will leave in 8 months. 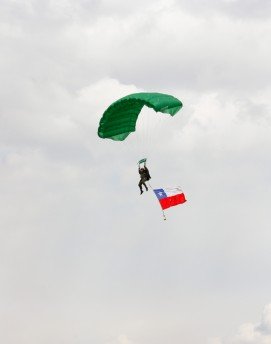 Before being unable to resist I walked to an educative farm. Well it was not a discovery for me to see farm animals except ostrich and wild boar for the greatest pleasure of children. But people hurried to go to the Athletic Stadium and looked the sky, to not seem strange I did the same and what a surprise it was to discover four parachutists of the Grupo de Operaciones Policiales Especiales (GOPE). Under a thunder of applause, the parachutists received a medal, making way for the show of the police dog training school. Dogs again! But they didn’t wear a ridiculous pink coats, but a uniform! It was an obedience demonstration, a “dog march”, with comical exercises and a funny speaker.

Then I decided to see the Peruvian horse riders show. Maybe it’s because I’m not accustomed to this kind of activity but I found it weird because it was like rodeo but the horse replaced the bull… I guess the goal was that the horse rider, dressed with traditional clothes, has to stay the most longer on the horse, stinging it with spur to making horse rear. When rider lassoed horses everyone screamed “ohhh”, “waaaaw” and I guess I was the only one who closes her eyes when horses fell on the ground. After 4 riders and 4 falls I moved to the funfair and ate some chocolate covered fruit skewer to regain my composure. But my shock period was short, again I felt in wonderland with many games like shooting range, ring toss, merry-go-round.

After I bumped on a cueca competition for teenagers. They were so proud of themselves, girls with special dress hand-stitched and hairstyle for the special occasion; boys sat up with traditional costumes. Every couple put on an act very well, using powers of seduction as adults and professional dancers, under the watchful eye of jury (and their family).

I didn’t see the afternoon flies so fast and familiar mood changed for an evenning festive mood. I came back home with a large smile after spending all my afternoon in a place full of folklore, Chilean customs, in a friendly atmosphere.