Buin Zoo: A Delightful Place to Spend a Day 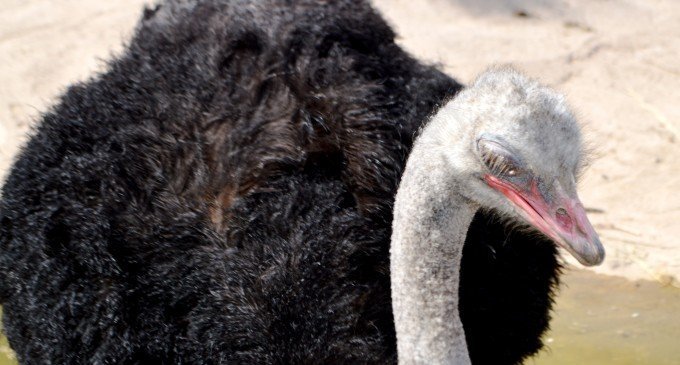 Buin Zoo: A Delightful Place to Spend a Day

LOOKING FOR A WAY TO SPEND THE WEEKEND OUTDOORS? THE BUIN ZOO PROVIDES A WHOLE DAY OF FUN WITH ITS ANIMAL EXHIBITS, SMALL DINOSAUR PARK AND MARINE SHOW.

Buin – Waking up on Saturday morning I was thrilled to finally be getting the chance to visit a zoo in Chile. I am a zoo fanatic in the United States and love spending time outdoors and seeing all of the animals. In order to fulfill my zoo craving some friends and I headed to Buin Zoo. To get there, one must first take the metro to Estacion Central and then take a different train (found above ground) to the actual zoo. While the zoo opens at 9 a.m., the second MetroTren does not leave until 10:30 a.m. so, do not make the same mistake I did and show up two hours before it leaves. But, if you do there are cafes and a feria right next to the station that is a good way to kill time. 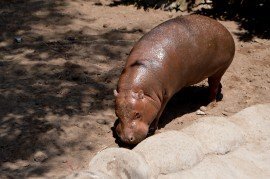 Once on the metro, the zoo is about a thirty-minute ride that takes you right across the street from the entrance. Entering Buin Zoo, ticket options include: zoo tickets only (CL$6,000), zoo and the dinosaur park or marine park (CL$7,000) or all three (CL$8,000). Personally I recommend getting a ticket for all three areas in order to get the most for your time and money.

The zoo itself is maze-like in its set up. Exhibits snake throughout the park leading down different small paths. I was at the zoo for about eight hours and I found myself in front of new exhibits at every turn. There are a wide variety of animals and right now, many babies. On Saturday my friends and I were able to see a day old ram. 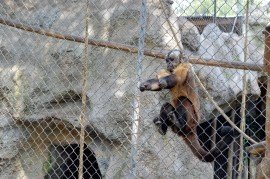 Aside from just looking at the animals, there are feeding stations and also a petting zoo that includes goats, chickens, cows and even llamas! There are a variety of sets and photo ops throughout the park. And though giraffes are personally my favorite animals, the lemurs are the “can’t miss” exhibit at this zoo. The lemurs were putting on a show for the public by chasing each other around the cage, swinging from ropes and jumping onto the grate of the cage right in front of their audience. Most of the animals seemed more aware of their audiences than those in the U.S. and interacted with the people. The llamas put their heads out of their pen for a pet, the monkeys reached out for food, and the lemurs put on a show.

There is also a real animal show put on in the small marine park attached to the zoo. Throughout the day this small park has thirty-minute shows featuring sea lions doing tricks and penguins goofing around. It is kid friendly and usually packed. The sea lions clap and do tricks in the water for the audience and the workers talk about how to tell the differences between penguin breeds and a few lucky kids get to pet them! After the show photos are available with both the sea lion and a penguin for an additional fee. 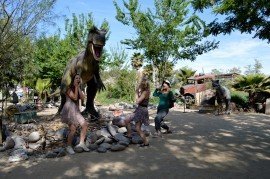 For me, the highlight of the day was going back in time and walking through the animatronic dinosaur area. While this definitely provides the best photo ops, the park itself, which is small, is also very cool. All the dinosaurs roar and move their heads and have plaques that explain which species they are as well as a little information about them.

Overall, Buin Zoo was different than those in the United States but did satisfy my zoo withdrawals and provided a nice day outside of city. If you’re looking for a close escape from the busy streets of Santiago, Buin is easy to get to and somewhere you can happily spend an entire day.

All photos by Claire Knowles.