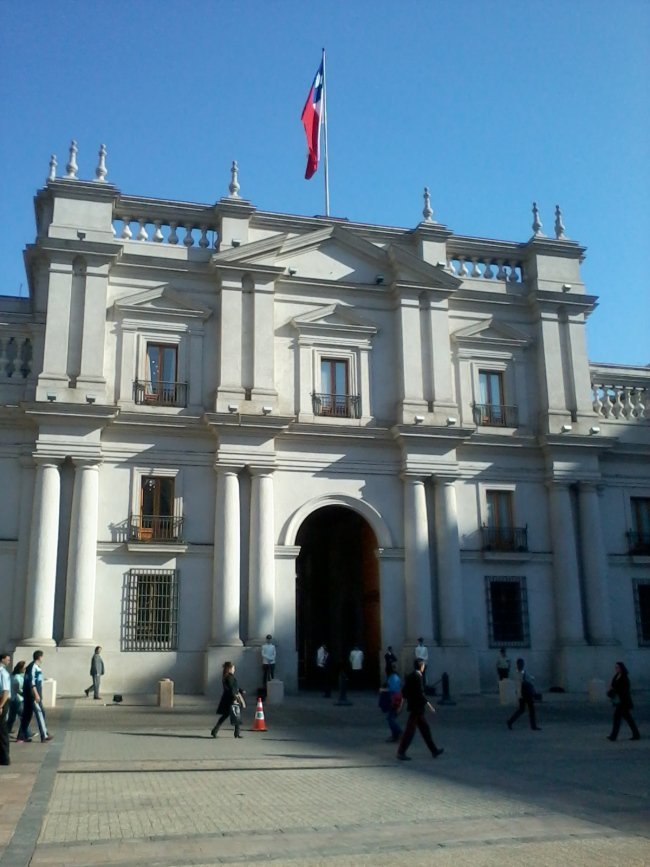 The ‘Palacio de La Moneda’ or simply ‘La Moneda’ is the seat of the President of Chile. I like to call it Chile’s White house, but that’s not exactly true, as the President does not actually live inside the building.

‘Moneda’ means ‘coin’ and the building was originally a colonial mint where coin production took place from 1814 to 1929. The palace became the seat of government in 1845 and in 1930, a public square, Plaza de Constitucion was built in front of the palace. 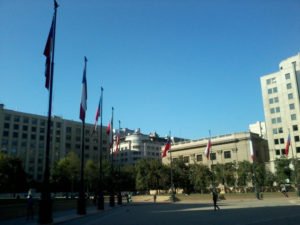 Persons interested in a tour of La Moneda can send an email to [email protected] to reserve a date and time for a free tour. Tours are in Spanish, so it is recommended that you have a basic understanding of Spanish in order to appreciate the information. The tour is about an hour long (if you include the security checks) and the tour guide takes you through the courtyards and into certain rooms throughout the building. We attended a tour the past week and I found it very insightful.

On 11 September 1973, during the military coup d’etat, La Moneda was bombarded by the Chilean Air Force. The palace has been restored, but some bullet marks can still be seen. During the coup, just before the capture of La Moneda, the President at the time, Salvador Allende gave his farewell speech to the Chileans, after which he committed suicide using a gun. We were not able to enter the room where the suicide took place, but our tour guide pointed out the room from one of the courtyards.

As part of the tour you visit the room where the President of Chile gives speeches, and you get to sit in his chair!

The Patio de los Naranjos is the first interior courtyard you enter from the Almeda’s side, with a fountain and two small orange orchards in.

Patio de los Naranjos
The second courtyard we were guided into is the Patio de los Cañones, with two 18th century cannons.

Patio de los Cañones
After doing a tour of La Moneda, tourists can walk around the downtown area and experience the bustle of life in Chile’s capital.