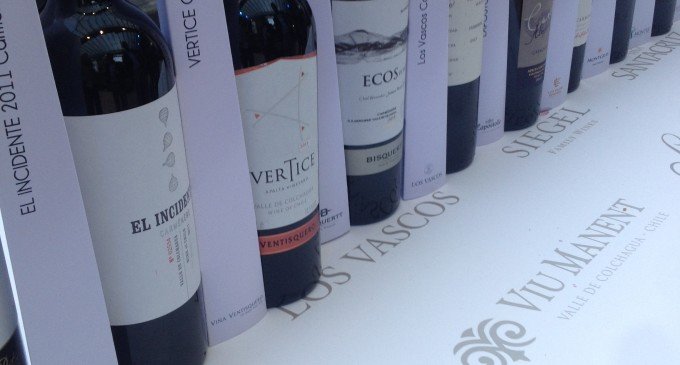 ON NOVEMBER 12, VIÑAS DE COLCHAGUA, THE TRADE ASSOCIATION FOR THE WINERIES OF THIS VALLEY, HELD THEIR AVANT PREMIER, WHERE THEY PRESENTED THE RECENTLY RELEASED 2014 VINTAGE, AS WELL AS EXPERIMENTAL WINES AND OTHER NOVELTIES, TO THE PRESS AND PUBLIC.

Santiago — The newly opened Hotel Renaissance on Avenida Kennedy in Las Condes is an ideal space for holding events. Evidently others agree with me, because I have been to two wine events there in the past week. Viñas de Colchagua held their third Avant Premier here, where again, the theme of the night was “de Cordillera a Mar”, or from the mountains to the sea.

For many years, Chile seemed to emphasize the diversity of their wines using this idea of the length of the country, highlighting wines being made from the Atacama Desert all the way down to Patagonia. Today, while the extreme longitude of Chile is still relevant, winemakers are moving things laterally, heading up into the mountains looking for altitude, and out towards the coast, looking for morning fogs and sea breezes. 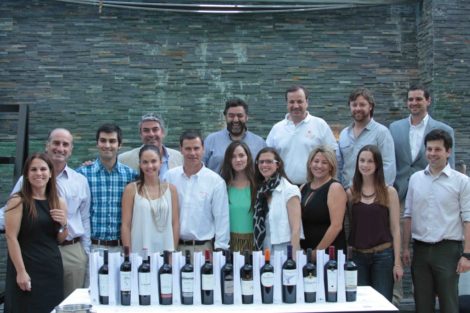 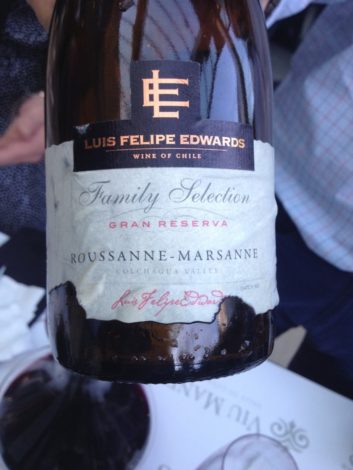 While most of us think of hearty reds when we imagine Colchagua, with some of the most famous red wines coming from this traditional valley, at this Avant Premier, the 13 member wineries were more eager to show off new and innovative wines. These wineries include Bisquertt, Casa Silva, Laspostolle, Los Vascos, Luis Felipe Edwards, Montes, MontGras, Santa Cruz, Santa Helena, Santa Rita, Siegel, Ventisquero and Viu Manent. Most notable were a selection of white wines, most often Sauvignon blanc, but also Sauvignon gris, gewürztraminer, and chardonnay, that all came from the cool, coastal region of Colchagua. Towns such as Lolol and Paredones were well represented.

What was also notable was a dramatic shift towards wines made with what are called “Mediterranean varieties”. These grapes come from, as the name implies, areas of France and Spain near the Mediterranean Sea and include varieties such as grenache, mouvedre, viognier, and tempranillo. This is a trend we are seeing in almost all of the traditional winemaking valleys in Chile.

While a small number of varieties still dominate the wine scene, more and more wineries, both small and large, are moving towards incorporating lesser-known varieties in their portfolios. Considering that most of Chile is technically of a Mediterranean-style climate, it makes sense to make a move towards these grapes. It is also another to really show the true diversity of Chilean wine, something the industry has been trying to promote for years. 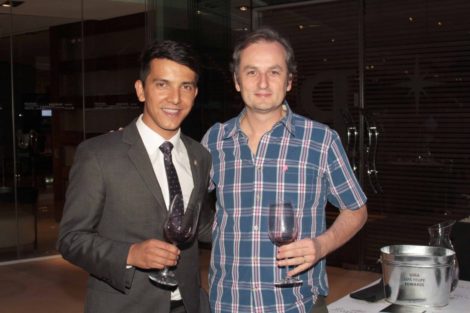 while these “new grapes” were eager to wine their share of the limelight, Viñas de Colchagua made sure to remind us that this valley is what some would consider the home of Carménère in Chile, a tasting table was displayed with 20 different Carménères from Colchagua, including the recently crowned “Best Carménère in Chile”, Casa Silva Microterroir de los Lingues 2008. This year marks the 20th anniversary of the “rediscovery” of Carménère in Chile, and many wineries and events are highlighting the importance of this variety, which some would argue is the flagship grape of Chile, although not the most planted red grape (that honor overwhelmingly belongs to Cabernet Sauvignon).

The event was a nice change of pace from Chile’s typical wine events, where wineries usually bring a selection of their tried-and-true crowd pleasing wines. Here wineries came with their newest, shiniest wines, and showed the true range that can come from just one valley.