Tübinger: the New Beer in Town 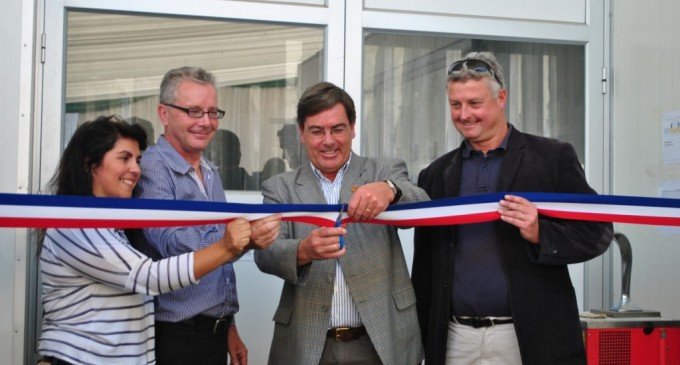 Tübinger: the New Beer in Town

CHILE MAY BE FAMOUS ACROSS THE WORLD FOR ITS VINEYARDS AND COPPER PRODUCTION, BUT WITH THE NEWEST BREWERY OPENING IN PIRQUE, TÜBINGER COULD BE THE PRODUCT TO ADD BEER TO THAT LIST. I LOVE CHILE WERE LUCKY ENOUGH TO BE AT THE OPENING, AND HAD THE WELCOME OPPORTUNITY TO SAMPLE CHILE’S NEWEST CRAFT BEER.

SANTIAGO — Tübinger, created by German-born Cristoph Flaskamp, is one of Chile’s newest craft beers, and with a man as passionate and skilled as Cristoph behind the helm, it seems Chile’s beer reputation could be doing an about turn.

The first Tübinger brewery opened last weekend, on Saturday 5th, and the crowds of thirsty friends and customers gathered under marquees to celebrate the microbrewery’s official inauguration. After years of having the market dominated by the manufactured tastes of Cristal and Escudo, the three Tübinger ales, according to Cristoph, are “something different from all the industrial lagers around, something tasty.”

The state of the art machinery and techniques that are employed in this brewery cost $ 1.5 million, and after a year of construction it is now producing 30,000 liters per month. Cristoph stressed the importance of an efficient, clean environment to work in, saying: “we want to make a product that will always be the same. If my beer doesn’t come out exactly the way I want it to, I throw it away.”

The passion behind this beer is clear, from the live band performing on stage to the many satisfied English, Irish and Chilean people all standing with a beer in their hand. It is clear that this is a venture with a lot of heart behind it, both towards the beer and this country. When we asked why he chose Pirque in particular to house his brewery, he simply said it is because “Pirque is a lovely place, and we wanted to be where people would love to come.”

It’s not just the brewery that Cristoph has in store for Pirque however, as, along with his business partner and owner of Santiago’s Flannery’s Irish Geo Pub, Martin Flannery, there are further plans to begin a restaurant in the area, and spread the name of Flannery’s and Tübinger even further.

One of the many guests was the Mayor of Pirque, Cristián Balmaceda, who cut the ribbon himself to officially open the doors. “Many regions in Chile are famous for wine and a number of other things,” he told I Love Chile, “and I hope that this can allow Pirque to become famous for its beer.”

After trying the beer itself, I can comfortably say that it lives up to its hype. The ale has a light, fruity taste that is certainly full of more flavor than the typical English equivalent, and its thick, earthy qualities are all that you would expect from a beer produced by a German expert in the field. In his own words, creating this beer and finally having his own brewery after years of planning, is a “dream come true.”

You can find Tübinger in Flannery’s Pub in Las Condes, or at Jumbo supermarkets and selected restaurants.