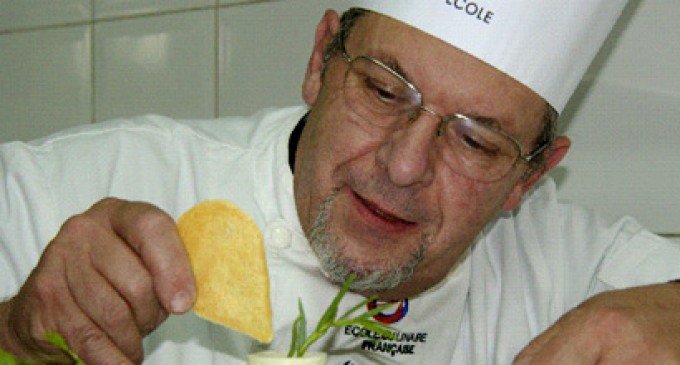 I LOVE CHILE MET FRENCH CHEF ALAIN NONNET, ONE OF THE FOUNDERS OF THE FRENCH CULINARY SCHOOL IN SANTIAGO. HE CAME ESPECIALLY TO THE GRADUATION CEREMONY AND GRANTED US SOME TIME FOR AN INTERVIEW.

SANTIAGO — Modest but proud of his work, Alain Nonnet is a famous French chef, star chef, Chevalier of National Merit in 1992 and Chevalier of the World Order of the “Culinary Academy of France” in 2010. He has a Restaurant in Issoudun, two hours from Paris, that has had a Michelin star status for 35 years.

As he explained he is part of this school’s project as a funder but he comes over four times per year to evaluate the students and give some advice.

Where did the idea of this school come from ?

In 2001 I received a call from Ariel Belletti, a famous chef who went to Buenos Aires and married a Chilean, thus moving to Santiago. He was contacted by Carmen Versluys, the director of the Escuela Culinaria Francesa, who asked him if he wanted to work with this school’s project. He called me, asked me if I wanted to help him, with Carmen, to found this school. I came once to Santiago to make some cooking demonstrations and I liked this place. So my wife and I came to Chile to meet Carmen, her husband Fernando, Ariel and Jorge Ortoga (the head pastry chef) to found a society with 5 partners. In 2001 the idea was done and the school opened in 2002.

What is your function in this school?

I examine all the students’ exams. Nobody can reach the next class without my agreement. I come twice per year, in March it’s the graduation ceremony.

What do the exams involve?

The exam between the first and the second semester deals with everything that the students learned, such as soups, fried fish, Blanquette of poultry. They have two hours to do it. Between the second and the third semester they have to cook a dish and a dessert, with the same process. But if they have a long dish to prepare they will have a shorter dessert to do. For example if they have a beef bourguignon they will follow with a crème brulée. For the third semester they have to cook two dishes and the final exam is an hors d’oeuvre, a second dish, a main dish and a dessert. For this exam I am assisted by a jury composed of 6 teachers and professionals (for example the chef of the restaurant El Europeo or the Chef of Nestlé). The student has to prepare 3 dishes for the same recipe: one for the demonstration, and the others are shared for the jury. 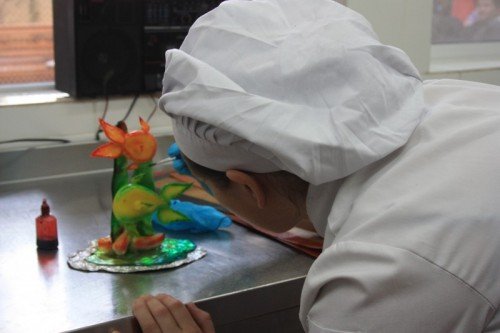 How does the school work?

It’s a career path in 3 years, open to everyone who is motivated and interested in cooking of course. The admission is a test about general culture and to evaluate the student’s motivation. Pupils have their final exams in January and in July because there are two admissions to the school, in September and in March, so in the first year, there are 2 or 3 classes and in the third year it’s only a class with a 6 month internship in France.

We have a Convention with les Maîtres Cuisiniers de France (Alain Nonnet is the Vice-President of this organization), we had an Internship Convention with the French State, to accept our Chilean students as French Students, according to the law.

How does the school evolve?

The school is very successful and we are receiving more and more students. A few years ago we had a restaurant inside the school, to form our chefs and so that people could test our dishes. Victim of its success, the school didn’t have enough space, and the problem of the kitchen space was urgent. We needed more workshops and the schedule of classes combined with the use of the kitchen for the restaurant didn’t match, so we had to get rid of the restaurant.

Before we had 100 students and now we have 230. The programs also evolved. A few months ago I asked for a modification to the program because I thought it was teaching too much about Italian food and I prefer that students learn about duck confit or beef bourguignon, for example. 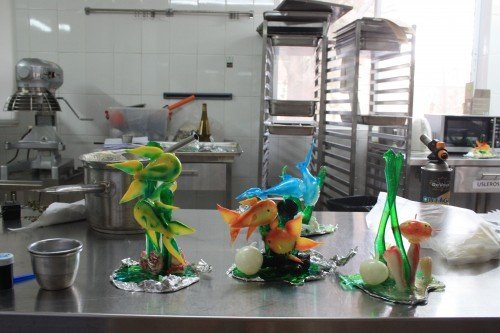 Is the school only for young students?

No, we also have evening classes for professionals who work during the day, but it is a high-end formation and is quite expensive but star chefs come to give some classes. We require that these pupils have a minimum of 5 years in a job, not necessarily related to cooking, in order to not compete with the school. They don’t receive the same diploma certification at the end.

What sort of job does this course qualify these students for? Do they work in France?

Anyone can be a chef. But the meaning of a chef is large. The possibility for foreigners to work in France is very difficult, but sometimes we have some dispensation. We have connections with famous three-star restaurants. Imagine how many French students would love to have this kind of internship! We have 5 students who worked in the highest Michelin starred-restaurants. Many times our students get jobs in th same restaurants as where they did their internship. I have to say that we are also a matrimonial agency because many students find love in France and find a job there (laughs).

What is your favorite restaurant in Santiago?

And did you go to any French restaurants ?

Yes I did, but in 2001. There are some good ones and others which are a bit old-fashioned.

What do you think about the Chilean gastronomy?

For more information about the Escuela Cocineria Francesa click here.