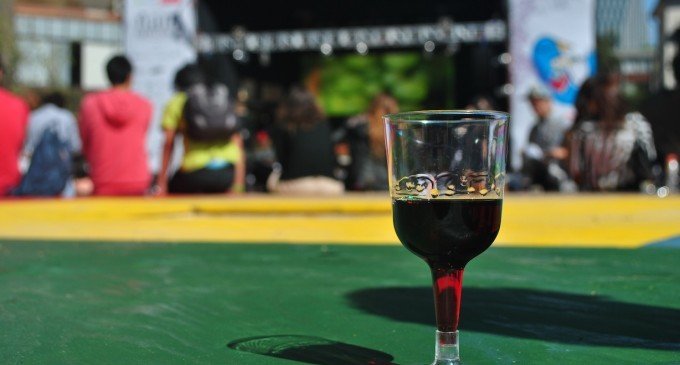 The ñam festival has just got underway for the third year running, and it is set to be bigger than ever. The festival aims to promote and celebrate the diverse talents of Latin America cooking.

SANTIAGO — Santiago’s ÑAM festival returns for its third year to showcase more top-rated chefs and dishes from Latin America. The event is taking place at the GAM building, next to the Universidad Católica metro station, and has everything from a farmer’s market to live cooking shows.

The area outside the GAM building had been transformed into a hive of stalls and stages, ready to present an array of Latin American gastronomical delights. The focal point was the large stage at the front, on which a kitchen had been constructed, complete with all the working appliances and homely touches, which the chefs would later be using to showcase their talents to the excited audience.

The day began with a talk from Alex Atala, a Brazilian chef who owns the D.O.M. restaurant in São Paulo, which was rated the 4th best restaurant in the world in 2012 by S.Pellegrino World’s 50 Best Restaurants. In his half hour-long talk, he highlighted the importance of moderating our meat intake, telling the audience that meat is an ingredient to be treated like any other. This all tied in to his overall message of caring for the planet and limiting deforestation whilst we have the chance.

He concluded by stating that “food is the most important social network we have as humans.”

Guillermo Rodríguez was the next on stage, and we were treated to the live preparation of a new Chilean dish. The meal, comprised of goat and a variety of different vegetables and sauces, was quickly and expertly cooked, meaning the only disappointment was that we could not enjoy eating it afterwards.

The stage was the platform for more chefs, winemakers and food experts throughout the entire day, but the real highlight was the free canapés and drinks that were being offered at every turn. The chefs working in the kitchens deserved just as much praise as those on stage, delivering delicious treats to the hungry audience throughout the day.

It really was a place to indulge yourself, as free espresso, wine and Cristal beer were on hand to make sure everyone was in the best mood possible. The market area also offered similar native treats, as local producers would offer free tastes and foods for sale, meaning that in the small courtyard you could easily taste the best this country has to offer.

You can still buy tickets for the festival, and the tapas and wine nights, here.