Learning About the Education Reform 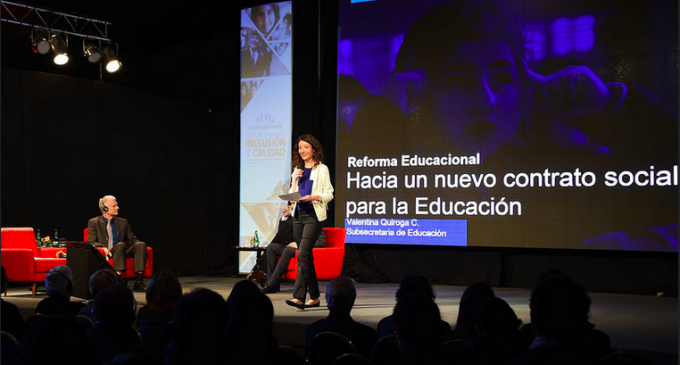 Learning About the Education Reform

Today, the Ministry of Education held a seminar entitled “Education Reform: Rules of Engagement to Improve Inclusiveness and Excellence in Education” at the Santiago Park Plaza Hotel.

SANTIAGO — One of the main pillars of Michelle Bachelet’s presidency is an education reform that will change the face of Chile’s schools and universities completely.

Chile’s current education system is unequal and it fosters social disparity. The students’ socioeconomic background determines the quality of the education they will receive. Teachers don’t value their profession, and neither does the rest of the population.

This historical conflict led to an outbreak of student protests in 2011 and the topic became a priority in the agendas of many politicians. Some of those who led the marches three years ago are now senators and congressmen and women.

The current government is working on an education reform that seems unprecedented in Chile. In order to reflect on this topic, the Ministry of Education is holding an international seminar to discuss Chile’s current situation and reflect on the government’s project.

Although Nicolás Eyzaguirre, the Minister of Education, was absent because of a health problem, Valentina Quiroga, the Undersecretary of Education, gave a presentation on behalf of the Ministry.

I Love Chile is lucky to be present at the event and will feature the many issues discussed in a series of articles.