Discover the Best Wine Regions in Chile this Year 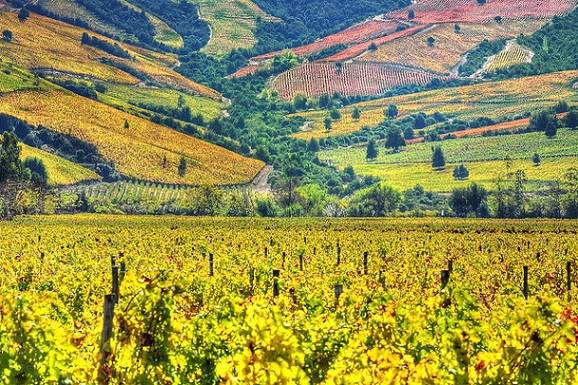 Discover the Best Wine Regions in Chile this Year

When faced with rows and rows of wine bottles in the supermarket, a little learning will go a long way to steering you in the right direction.

With a climate that has been described as midway between that of California and France, Chile’s distinctive geography has produced an equally unique range of world-class wines ever since two Spaniards brought over the tipple in the 16th century. Here is a quick guide to some of the best wine regions in the Chile, the fifth largest exporter of wine in the world.

Chile’s main wine area is located North and South of its capital, Santiago in the central plain. A good place to start your Chilean learning experience is in the Maipo Valley close to the capital. This area is home to some of the oldest vineyards in Chile, some dating back to those early Spanish travelers in the 16th century.

However the Maipo Valley really started to thrive in the 19th century when French grape varieties were first introduced and today, the area is known for its French-inspired Cabernet wine lines which include the 92 Kuyen and the 91 Echeverria. These slightly acidic wines reflect the Maipo Valley’s dry climate.

Often referred to as South America’s version of the Napa Valley, Colchagua is a bustling province which extends across the central valley of Chile.

Travel 100 miles south of Santiago for one of the best journeys in the world, from the Andes in the west all the way to the Pacific Ocean. The area is known for its dry, warm and breezy climate – perfect weather for an established vineyard!

Due to its climate and its mixture of volcanic, clay and granite soil, red varieties tend to thrive here. Its lush pastures means that the main streets of Colchagua are often filled with market stalls selling seasonal fruits surrounded by green gardens and eclectic architecture.

If you are new to the area, the Ruto Del Vino Colchagua wine route is popular among tourists with several wine tours for an affordable price. Look out for the 2000-hectare MontGras vineyard and a few bottles of woody 93 Lapostolle.

The Casablanca wine region with its neighboring coastal areas is also located near to the country’s capital, between Santiago and the coastal city of Valparaiso. The climate here is a little cooler thanks to the ocean breezes being blown inland.

This up and coming wine area was established in the 1980’s, a stark contrast to the historical two valleys above. Business is now booming for these cool climate vineyards. To see its success for yourself, visit the coastal regions of San Antonio and Leyda Valley where you can find some high-quality coastal wines including Pinot Noir, Syrah and Sauvignon Blanc – more French influence.

Fog and salty air are to be found here rather than the warm air in Maipo which is block by the Casablanca’s Coastal Range. For more places to discover in Mexico and South America, head to Royal Holiday Destinos online over a glass of 90 Undurruga from the Casablanca region.