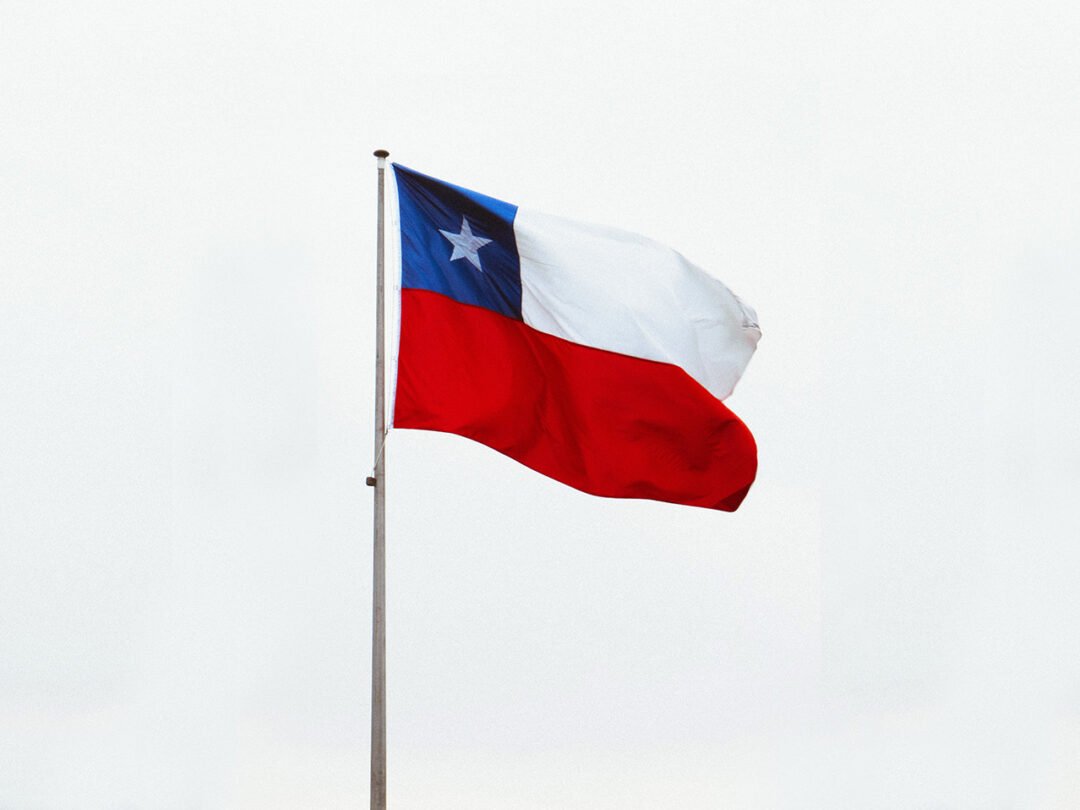 The meaning behind the official flag of the Republic of Chile (or “La Estrella Solitaria” in Spanish) is as fascinating as every other thing related to the Latin country.

Fancy to know more on the matter? If so, read on.

But first, if you are just looking to download the flag image, you can do it here.

For your convenience we converted it in various formats, so you can easily download the Chilean flag in PNG, JPG, GIF, WebP, SVG, AI and PDF.

The contemporary flag of Chile was created by Antonio Arcos and then approved by Jose Ignacio Zenteno, the Chilean Minister of War, as the national flag of the Latin country.

This happened on 18 October 1817, when La Bandera de Chile (in Spanish) was officially ratified.

The primary version of the flag, though, had a slightly shifted star, with a tinier eight-pointed star at the center, as well as a coat of arms right in the middle of the flag.

This design proved to be hard to construct and thus, the coat of arms was eliminated, while the star was switched to five-pointed one. Moreover, the star was also straight rather than tilted.

According to Alonso de Ercilla’s epic “La Araucana”, recognized as one of the greatest Spanish historical poems of all times, the colors of the primary Chilean flag were borrowed from the Mapuche Indians’ flag during the Arauco War.

As a reference, this is a war between the Mapuches and the Spanish that endured for hundreds of years.

What does the Chilean flag consist of?

The contemporary flag of Chile consists of two identical horizontal bands of white and red, with a blue square the same height as the white band in the canton, that has a tiny white five-pointed star right in the center.

The symbolism of the Chilean flag

It is thought that the blue colour symbolizes the Pacific Ocean; white represents the snow-covered Andes mountains, and the red colour signifies all the blood spilled during the fight against Spain to achieve independence.

What does the star mean in the Chile flag?

The Chileans believe the white five-pointed star refers to the country’s independence.

Recently, people have been speaking a lot about the undeniable similarity between the flags of Texas and Chile.

Even their names are pretty much the same – “The Lone Star State” (Texas) and “La Estrella Solitaria”, which means the “lobe star” when translated from Spanish.

However, there is no evidence that the idea was intentionally borrowed.

To start with, the key difference comes from the blue vertical strip that, on the Texas flag prolongs from the top to the bottom of the flag. On the other side, the red horizontal stripe on “La Estrella Solitaria” stretches the length of the flag.

Did the Texas or Chilean flag come first?

The Chilean flag came first, officially ratified in October 1817, as we’ve mentioned earlier in the article.

The final national flag of the Republic of Texas came 20 years later, formally adopted on January 24, 1839.

The Chileans are pretty strict when it comes to paying tribute to the people who brought the long-awaited independence. Thus, insulting the flag is considered as one of the most serious crimes in the country.

For instance, there is a governmental law that demands the nation to wave La Bandera de Chile in their homes and work on every national holiday. 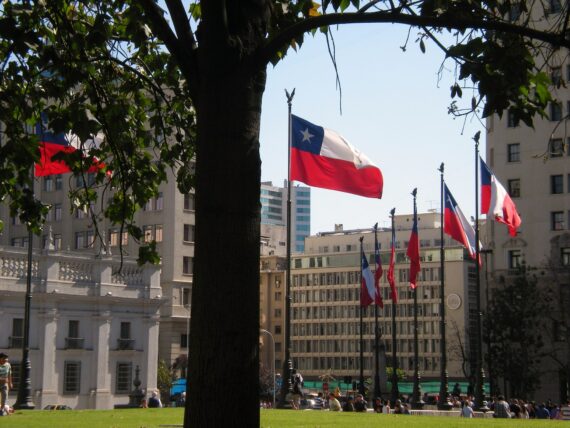 Also, every year on the 10th of July, in all military bases in Chile, the recitation on an oath to the national flag is a must, to respect the Chilean soldiers who gave their lives at the Battle of Concepción during the Pacific War in 1882. This national celebration is called Navy day or Army day.

The annual festival, called Fiestas Patrias, which is happening on the 18 and 19th September, indicates the start of Chilean independence. If you are in the Latin country these days, you will see the official flag that’s waving literally EVERYWHERE.

Would you enjoy being in Chile for the annual “flag” celebrations? Or perhaps you have already been there? If so, please share your experience with the team of I Love Chile! 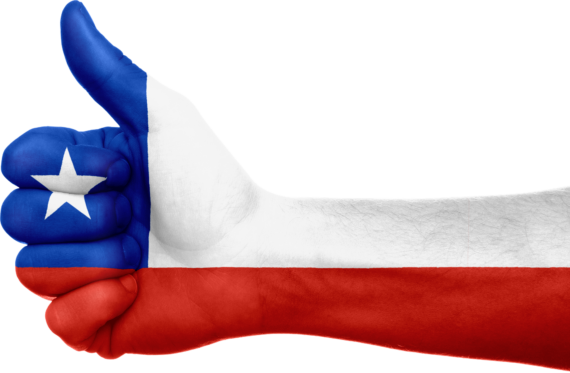