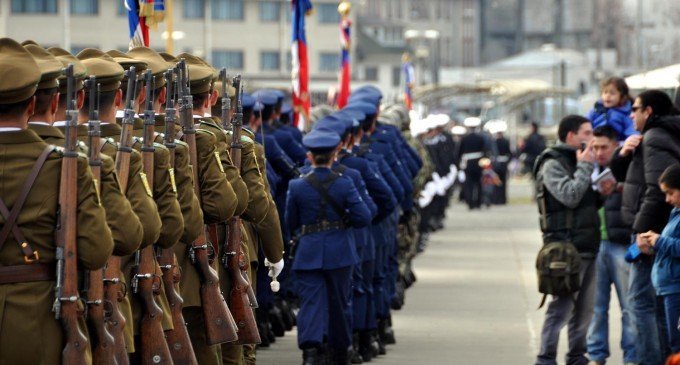 Various Chilean news outlets have entitled this upcoming Wednesday a “historic day.” The Movement of Homosexual Integration and Liberation (Movimiento de Integración and Liberación Homosexual, Movilh) announced at a press conference in Santiago Centro that a member of the military will make a public statement about their sexual orientation.

Santiago — According to news outlets lanacion.cl and eldinamo.cl, personnel at a press conference in the Movilh headquarters have announced that a member of the Navy will make his homosexuality public for the first time in Chile, with Movilh celebrating the decision and describing the announcement as “a signal for the world.”

Reading the news message and the commentaries that followed it, a question comes to mind: why is it still such a big thing to be a homosexual?

A press conference just for one soldier to announce he’s gay – and a personal announcement that requires permission from the military? In our open, cosmopolitan, world it shouldn’t be such a big deal, but maybe that’s just my perspective on social issues.

Germany claims to be an open, progressive country. Some of our leading politicians are openly gay. Nevertheless, when a professional soccer player “comes out of the closet,” the media makes a big fuss about it.

It seems that the world is not as accepting yet as we may want it to be yet. I get told all the time that Chile is a Catholic nation, and with more than 60 percent of its population belonging to the faith.

For what it’s worth, tomorrow will be a historic day where one valiant person will be defined as a gay marine in the presence of the public eye.

In my opinion, it is a brave move. Even though it saddens me that homosexuality may not be as readily accepted in Chilean society, I hope that this announcement will indeed be a milestone for the Chilean armed forces, and a move towards greater tolerance.